Eighth in the Bundesliga faces fourth in La Liga in what, on paper, looks like one of the more underwhelming ties of the round of 16. Atlético were considered one of the best teams on the continent at the start of the season – they had reached two of the last three Champions League finals after all – but Diego Simeone’s side have not lived up to their previous standards over the last six months. The manager squeezed every drop of quality out of a team that performed well above its means but perhaps he has taken them as far as they can go.

Managers in Spain have begun to work out how to play against Atlético, who have already drawn (six) and lost (four) the same number of matches after 23 games as they did in the entirety of their title-winning campaign three years ago. They have become a less efficient version of the team they were at their peak. Possession and pass accuracy are both up from the 2013-14 success, but Atlético are arguably better, or at least more distinguished from their rivals, without the ball. Their number of tackles per game has fallen from a league high of 24.1 when they won the title to 21.6 this season, which is enough to rank sixth by comparison.

However, the Champions League is an ideal stage for Atlético Madrid, who can sit deep, be compact and then hit opponents on the counter. Simeone’s men might have preferred to face a stronger side than Leverkusen, who will approach the game with the underdog tag that Atleti so often thrive under. Roger Schmidt’s side have had a bitterly disappointing league campaign, losing nine of their 21 matches, but they do at least have Javier Hernández back in form.

The Mexican has scored five goals in his last three appearances after a barren run of 15 league and European outings without a goal – and he has previous against Atlético in the Champions League. Simeone’s men had just edged past Bayer Leverkusen on penalties at this stage in 2015 to set up a Madrid derby in the quarter-finals. After a goalless first leg, Chicharito scored an 88th-minute decider at the Bernabéu to send Atleti packing from an incredibly tight double header, and there isn’t likely to be too much in this one either.

Some Manchester City fans were probably relieved that their team avoided Atlético Madrid, Borussia Dortmund and Juventus in the draw, but Monaco should not be underestimated. Monaco’s group did not contain one of the European superpowers but they beat Tottenham home and away, earned a draw in Moscow and topped the group in front of Bayer Leverkusen with a game to spare. Leonardo Jardim’s side are also in with a very real chance of ending Paris Saint-Germain’s dominance in Ligue 1, owing much to Europe’s most potent attack.

Monaco have scored 76 goals in 26 league matches this season, which is 26 more than PSG have managed in the same number of games. Falcao has led the charge with 16 goals but six other players have struck more than five times for the club in the league, with youngsters Boschilia, Bernardo Silva, Thomas Lemar and Kylian Mbappé among them. 18-year-old Mbappé scored five goals for France last summer as they won the U19 European Championship and he looks set for superstardom.

Pep Guardiola has spoken this week about how well Monaco have played this season. “I am really impressed how good they are,” said the City boss. “The full-backs play like wingers, the wingers play like attacking midfielders. The two strikers are fighters – Falcao and Germain, they are killers in the box. Both holding midfielders – Silva and Bakoyoko – are intelligent, physically strong. A complete team. It is the most successful team in Europe in terms of scoring goals and a tough draw.”

Both Fabinho and Tiemoué Bakayoko are believed to be subject of widespread interest on the continent and there are genuine parallels to be drawn between them and City’s midfield pairing of Fernandinho and Yaya Touré in terms of midfield presence and style. Both teams also look to their Silvas for their creativity, their South American strikers for goals and their wide players for real pace, making this a really intriguing tie.

The comparisons don’t end there either, with both sides entering the match in similar form. Monaco had won four in a row before their 1-1 draw at Bastia on the weekend; City had also won four in a row before their goalless draw at Huddersfield Town in the FA Cup. A run of six matches without defeat in all competitions is actually City’s second longest unbeaten of the season, having started the campaign with 10 successive victories. Four clean sheets in five games show that City’s defence is improving. It will need to perform even better to keep this hugely exciting Monaco side at bay.

Speaking of teams approaching matches in similar form, both Porto and Juventus are on impressive runs. Porto have won six on the bounce and the Serie A champions have won their last seven. Porto’s most recent victory – a 4-0 thrashing of Tondela – means they are now just one point behind Primeira Liga leaders and champions Benfica.

Porto beat third-place Sporting Lisbon in their run of victories, with January signing Francisco Soares scoring twice in that game to give his team a 2-1 win. The 26-year-old has had an instant impact at his new club, forging an understanding with young forward André Silva. The midfield partnership between Óliver Torres and Danilo Pereira is probably most important pairing in the side and these two will be critical if Porto are to pull off an upset. Pereira has earned the highest rating in Portugal this season (7.64) and the best for his side in the Champions League (7.63).

Danilo may well be asked to keep Paulo Dybala quiet, with the young Argentinian looking back to his best following an injury lay-off. The 23-year-old has scored six goals in 10 appearances since the turn of the year, including a brace against former club Palermo at the weekend, though his last goal away from home came all the way back in October. Gonzalo Higuaín, by comparison, has scored in five consecutive away games, so it’s clear where the Old Lady’s greatest goal threat lies.

Massimiliano Allegri also has Dani Alves back fully fit after suffering a broken leg in November, and the decision whether to stick with the Brazilian for the third game running or use Stephan Lichtsteiner at right-back could be key. A bust-up between the manager and Leonardo Bonucci, and fitness concerns over both Giorgio Chiellini and Andrea Barzagli mean that former Porto left-back Alex Sandro is the only defender certain to start for the visitors.

There’s little debate about the weakest remaining side in the Champions League and it certainly isn’t Sevilla. Jorge Sampaoli’s side have emerged as an outsider to win La Liga this season and, while Real Madrid look likely to build on their advantage at the top of the table with two games in hand, Sevilla are only three points behind the leaders. Sevilla have dropped just five points at home this season in the league, by losing to Barcelona and drawing with Villarreal, which doesn’t bode well for the wounded Foxes.

A number of former Premier League players have been pivotal to Sevilla’s success this season. Samir Nasri and Stevan Jovetic have made a real impact and midfielder Steven N’Zonzi, formerly of Blackburn and Stoke City, has been Sevilla’s best player this season, earning a rating of 7.20.

Claudio Ranieri will hope to exploit Sevilla’s weaknesses in defence. They have conceded 28 goals in the league this season, nine more than Atlético Madrid – who they sit above in the table – and the same number as newly promoted Alavés. The problem for Leicester is that they still haven’t scored a league goal in 2017, with a run of six scoreless matches currently the longest in Europe’s top leagues.

Third-tier Millwall, who played with 10 men for 40 minutes, became the latest side to keep a clean sheet against the Premier League champions on Saturday. Jamie Vardy, who was only given 17 minutes to impress at the Den, continued his goalless run. He has now scored in just one of his last 26 appearances for the club – a hat-trick against Manchester City.

Vardy is yet to score in the Champions League but he is not the only Leicester player struggling for form. Riyad Mahrez is another, though the Algerian has been Leicester’s leading light in Europe, scoring more goals in five games (four) than he has managed in 23 league outings (three). Nevertheless, Mahrez will be key to his team’s chances of catching Sevilla on the break. Sevilla like to play an expansive game so Leicester’s best hope will be to employ the counter-attacking tactics that worked so well for them last season. 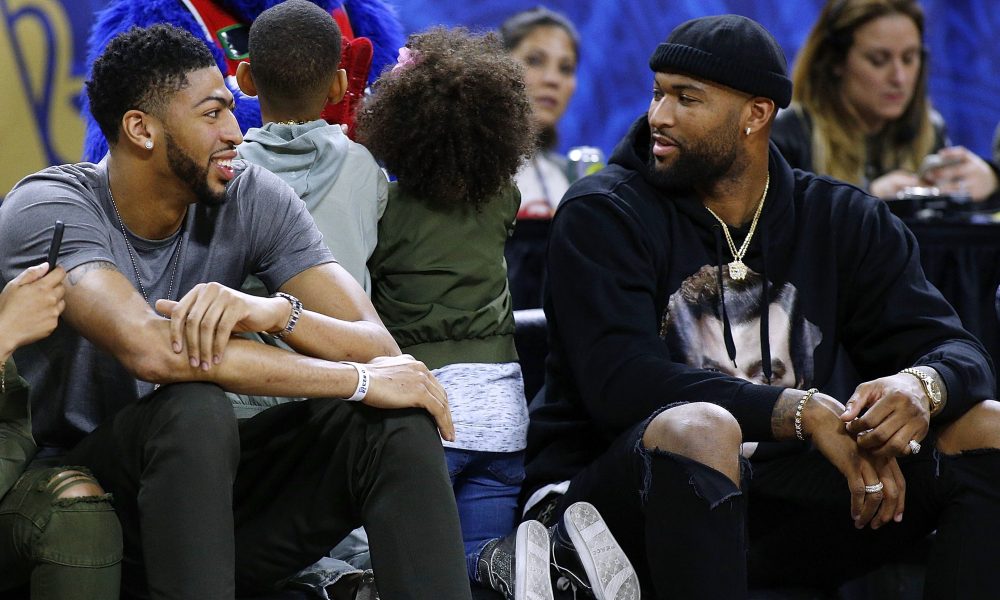 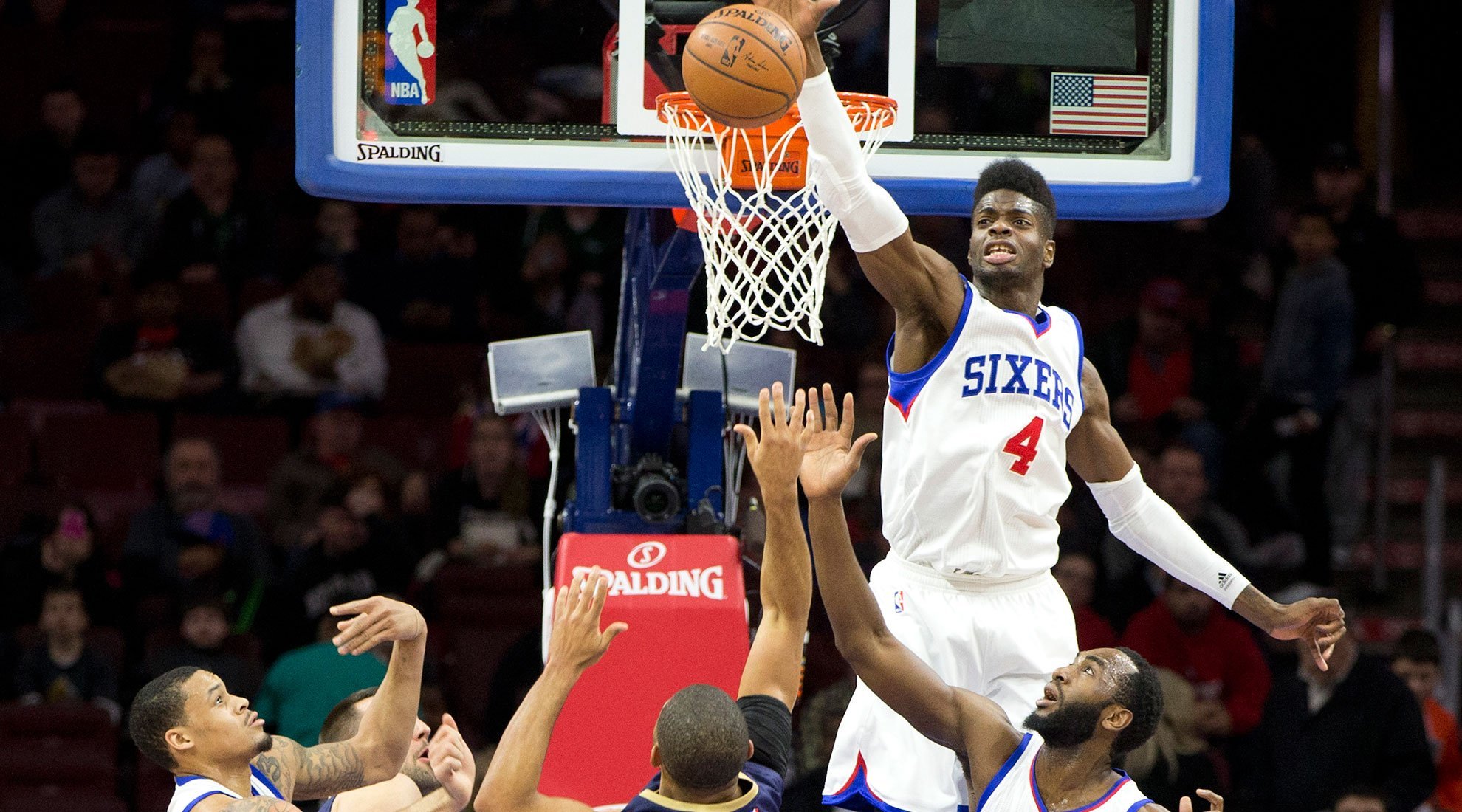