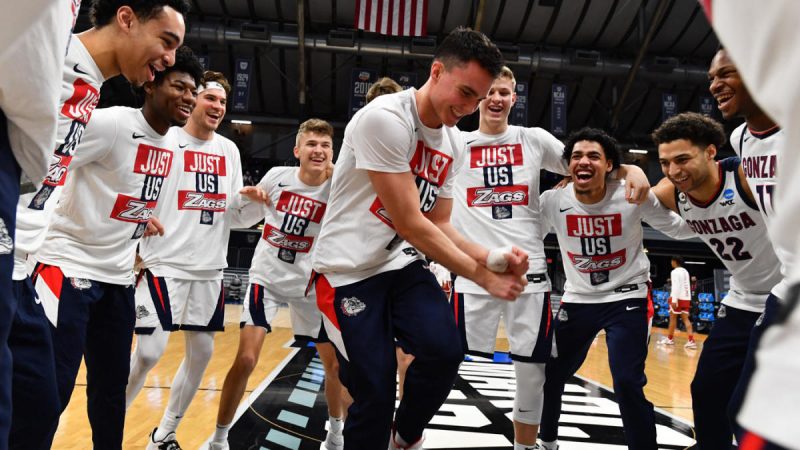 The Sweet 16 is upon us and some bettors are still sweating out pre-tournament future bets that, in four games, could be looking at a nice payout…others not so much, but that’s okay as we are going to be jumping into the betting trends and current title odds for the rest of the way!

There has only been one team go undefeated throughout the regular season, and the tournament and hoisted a trophy at the end, the 1976 Indiana Hoosiers. The 2021 Gonzaga team is looking to to snap that 45 year streak as they are the favorites to win it all at +130, followed by the other two #1 seeds, Baylor at +400 and Michigan at +550. Gonzaga opened up this tournament as the favorite at +210, while Baylor was +500 and Michigan was +600.

Houston is sitting in their region with an 8th seeded Loyola-Chicago, 12th seeded Oregon State, and an 11th seeded Syracuse after Illinois, West Virginia, and Oklahoma St. were all upset in the round of 32, while the 8th seeded Loyola Chicago has made the biggest jump so far in odds in this tournament going from +7500 at the beginning of the tournament to +1400 after their upset-victory against the Fighting Illini.

There is always the one “Cinderella story” though, Oral Roberts. Oral Roberts came into the tournament with the worst odds to win it all outside of the 16 seeds, but have managed to close out some really close games with Ohio St. and Florida winning both of those games by 3 points. They opened up this tournament at +30000 and are now sitting at +15000.

Outside of the 1 seeds, we have Alabama with 9% of the public bets, Houston, Villanova, and Florida St. with 7% of public bets, and Arkansas with 5%. No other team has more than 5% of tickets riding on them to win the national championship.

Over the last four years, the championship game has consisted of at least 1 team that ranks top 10 in adjusted defensive efficiency. This year those teams are Loyola Chicago (1st), Alabama (3rd), USC (5th), Gonzaga (7th), Michigan (9th), and Arkansas (10th).

Over the last five years, the champion has been top THREE in offensive efficiency, with the only two qualifying for that statics this year being Gonzaga (1st) and Baylor (3rd).

With that being said, check out William Hill’s odds and trends for the 2021 March Madness futures below. 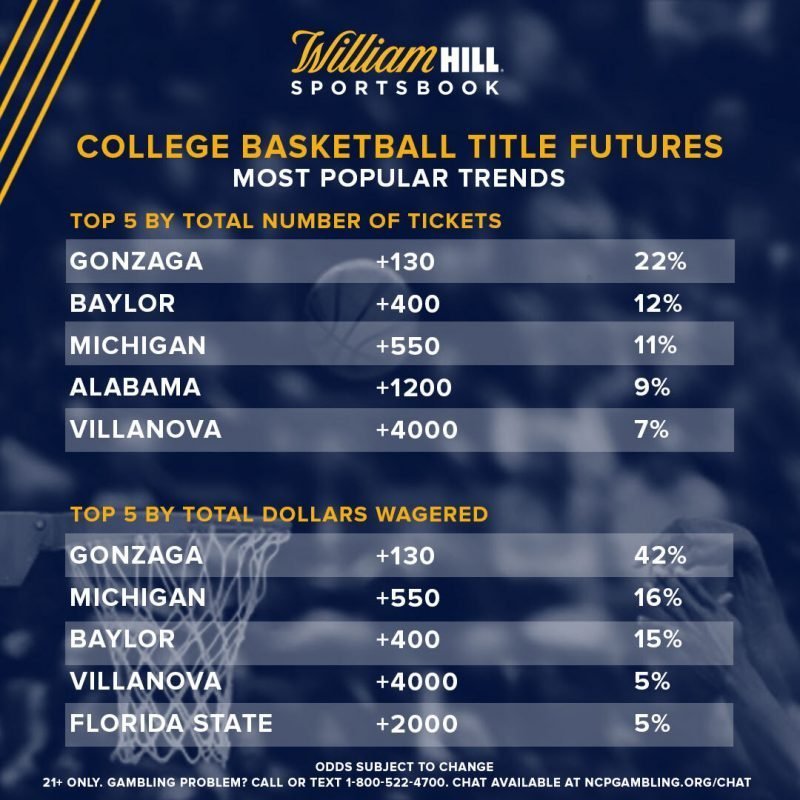 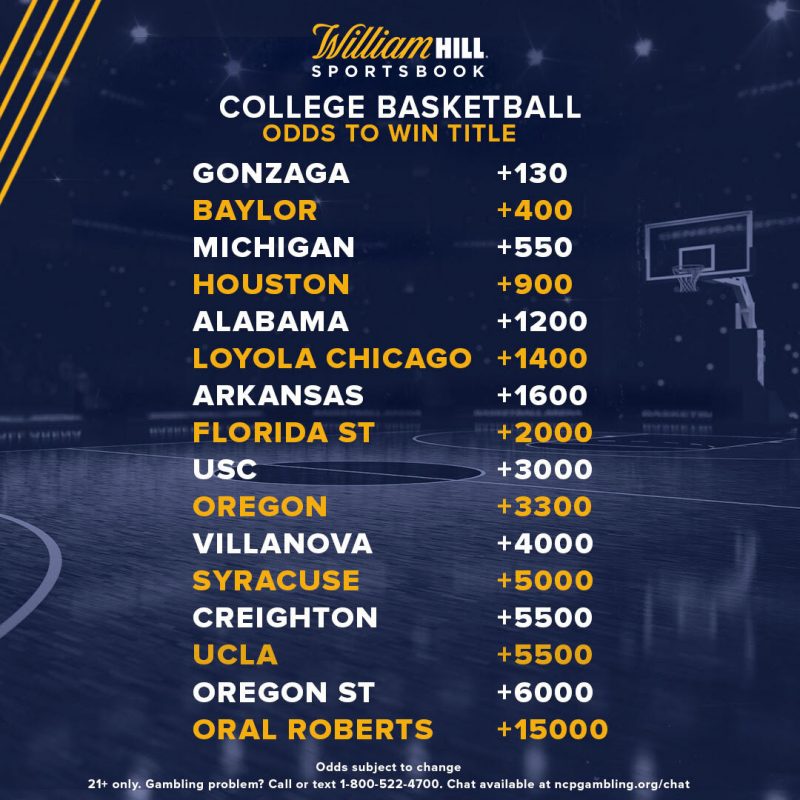 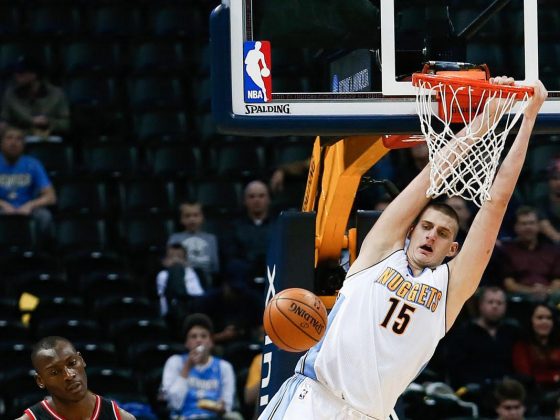 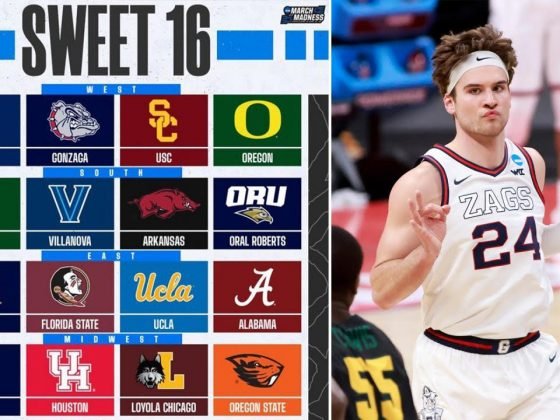