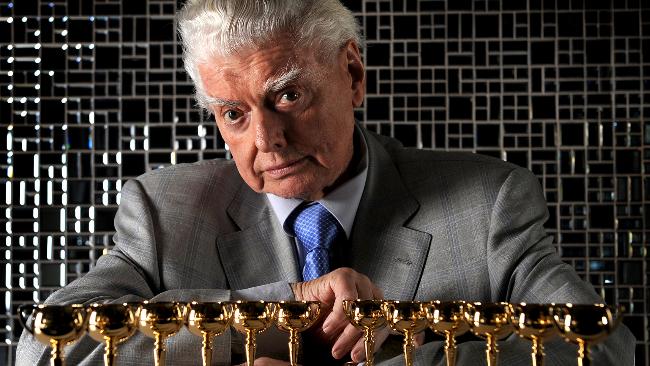 Bart Cummings, the biggest name in the history of Australian racing, has died.

The legendary trainer, fondly known as the Cups King due to his deeds in the Melbourne Cup, has fought a variety of health issues in recent years but lost his battle on Sunday morning. He was 87.

Cummings’ death closes the book on one of the revered training records in the history of the sport, not only in Australia but worldwide.

Born at Glenelg in South Australia on 14 November 1927, Cummings was the son of trainer, Jim, and there was never any danger of him not following in his father’s footsteps from the time he acted as strapper when Comic Court, who was trained by Jim, won the 1950 Melbourne Cup.

Cummings was granted his own trainer’s licence less than three years later – in May 1953 – and in 1965 added his own name to the Melbourne Cup honour roll when Light Fingers edged out stablemate Ziema in a thrilling finish.

It was the start of one of the most amazing chapters in the history of the race that stops a nation.

Cummings would win the Melbourne Cup another 11 times, including the two years following his initial victory – with Galilee (1966) and Red Handed (1967).

After failing to capture a Melbourne Cup in the 1980s, Cummings won the first two decided in the 1990s, with blueblood Kingston Rule and champion mare Let’s Elope.

He won another with a champion, Saintly, in 1996 and farewelled the 20th century with arguably his most unlikely Cup success, when veteran former WA galloper Rogan Josh was successful.

His final Melbourne Cup winner was the longest-priced of his 12, Viewed winning at $41 in 2008.

Viewed would also win the Caulfield Cup, one of seven victories in the Spring Racing Carnival’s other big handicap for Cummings.

Galilee and Let’s Elope were other Cummings-trained Melbourne Cup winners to win a Caulfield Cup, while he also won with Big Philou (1969), Leilani (1974) and the only dual winner since of the past 50 years, Ming Dynasty (1977 and 1980).

Cummings also provided a dual winner of Melbourne’s other spring major, the Cox Plate, with So You Think becoming the first horse to win Australasia’s weight-for-age championship at three and four years of age.

But while Cummings crafted his reputation via his deeds in the spring majors, he has been a dominant force in a host of other big races right throughout the year.

Cummings has also won Sydney’s signature race, the Golden Slipper four times and is a five-time winner of the Doncaster mile. Australian-wide, he has won 32 Derbys and 24 Oaks.

In 2013/14 Cummings entered into a training partnership with grandson James, the son of Cummings’ son Anthony, and they combined for Group 1 success as a team in September 2014 when Hallowed Crown won the Golden Rose at Rosehill.

Hallowed Crown provided Bart and James with another Group 1 success – Bart’s 268th – when he won the Randwick Guineas earlier this year.

Outside his achievements on the track, Cummings was made a member of the Order of Australia in 1982 and in 2001 was one of the five inaugural inductees in the trainer’s section of the Australian Racing Hall of Fame, a status that was upgraded to Legend in 2008.