The Kentucky Derby is back in May with a complete field of Twenty three-year-old horses who will leave the starting gate in the 2021 Kentucky Derby on Saturday, May 1, at Churchill Downs. Three horses will enter the 2021 Kentucky Derby who are undefeated — Essential Quality (5-0), Rock Your World (3-0), and Helium (3-0). The unbeaten Brad Cox-trained Essential Quality is the 2-1 morning-line favorite. Post time for the 147th Run for the Roses is 6:57 p.m. ET. An estimated 40,000 fans (about 25% of a normal Derby crowd) are expected to attend. The big hats will be back, mint juleps will flow, and Our Top Rated Horse Racing handicapper has broken down the race and has a surprise upset install for the winners circle.

The All Important Speed

Tactical speed is of huge importance especially in big fields like the Kentucky Derby. The horses with Early pace are #8 Medina Spirit (15/1) and #10 Midnight Bourbon (20/1). Both drew perfectly in the middle of the field and should have no issues taking up the lead.

Hall of Famer Velazquez will be aboard Medina Spirit for 6 time Kentucky Derby winning trainer Bob Baffert. The same trainer/jockey combination hooked up for a gate-to-wire victory last year with Authentic and it’s likely they use similar tactics here. Medina Spirit out-broke #15 Rock Your World (5/1) in the Santa Anita Derby (G1) but was ridden out three-wide into the first turn, while Rock Your World cut the corner and gained 2 lengths over Medina Spirit in a flash. Medina Spirits running style looks more suited to lead than a sit and sprint finish which he has done at his previous 2 starts.

While Medina Spirit is the likely early Derby leader, Hall of Famer Mike Smith on Midnight Bourbon will be keeping him company early. Smith knows how to get a horse out of the Derby gate early (Justify in 2018), so there is no doubt the Steve Asmussen charge will be forwardly-placed, especially as he’s looked eager to run in morning work-outs.

Rock Your World is an Early/Presser  and he drew outside the two Early front-runners. 2013 Derby-winning jockey Joel Rosario will likely sit just off the pace and 3 wide, where the key will be for Rosario to keep Rock Your World in the clear, as he’s never had to take dirt in a race. Trainer John Sadler may be sitting on a good one with this well-bred son of Candy Ride out of an Empire Maker mare. These three are the likely on pace leaders and the rest of the field will look to fall into place as follows, looking at the post positions: 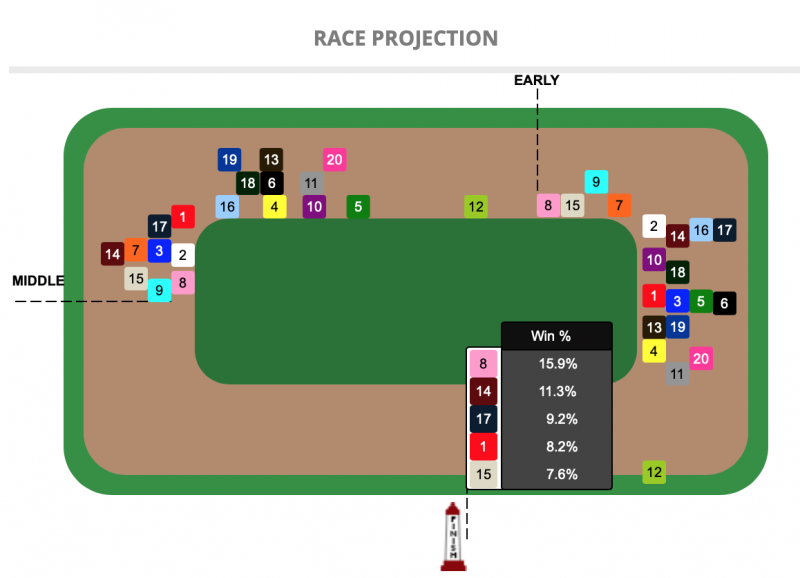 Overall the Speed looks to slow mid race, with Mike Smith & Velazquez taking up the lead & Joel Rosario stalking the pace 3 deep. The overall speed of the race on paper makes it tough for a horse with a sustained running style to make up enough ground down the stretch.

Call me crazy I’m fading Essential Quality, even though he is a perfect 5-for-5 in his career and is the clear-cut favorite! In my opinion he’s far from a sure thing and at 2-1 he needs to have more speed to get my money. The Breeders’ Cup Juvenile winner who has a highest beyer speed figure of 97, this is a figure matched or beaten by 5 other starters in this race. Therefore I just can’t accept the price and I’m prepared to take him on.

15 Rock Your World (5-1) earned a field-high Beyer Speed Figure of 100 in his lone dirt start an impressive win in the Santa Anita Derby. He was placed on the lead that day, but he has proven the ability to stalk in his previous races, which were on the turf. With his outside draw, jockey Joel Rosario should be able to secure a close stalking spot just off the lead, if they go too hard in front he will be finishing over the top of them.

Midnight Bourbon (20-1) is an interesting option for trainer Steve Asmussen. Drawing smack in the middle of the field and adding jockey Mike Smith, he could be ridden aggressively early and placed on the lead. If he can get an early position over those drawn inside and then force the outside horses into battling for the right stalking position, he may have a chance. Ultimately, I doubt he’s good enough to wire this field, but he could be positioned to battle on for a placing and has the right speed and jockey to finish in the money.

#8 Medina Spirit (15/1) – Bob Baffert has talked down the chances of Medina Spirit all week, however I do remember Authentic and the leadup to last year’s Derby and we know how that ended. California horses have shown fast improvement over the last 24 months at Churchill Downs and Medina Spirit has fitness and gate speed on his side. He sat just off the leader in his past two starts and didn’t look like he fancied the chase in a sit and sprint style effort. I look for him to use his speed and be a clear leader in this race, with all the other speed horses have drawn outside him. He’s best suited leading gate to wire and coming from a deeper track at Santa Anita will look to skip across the good track and weather at Churchill Downs and prove hard to catch. At 15-1 he’s my Best Bet for the 147th Kentucky Derby. 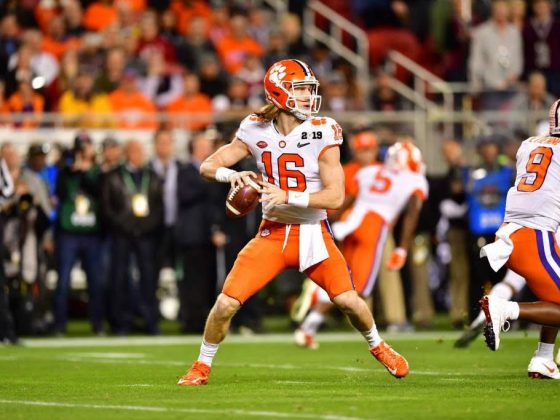 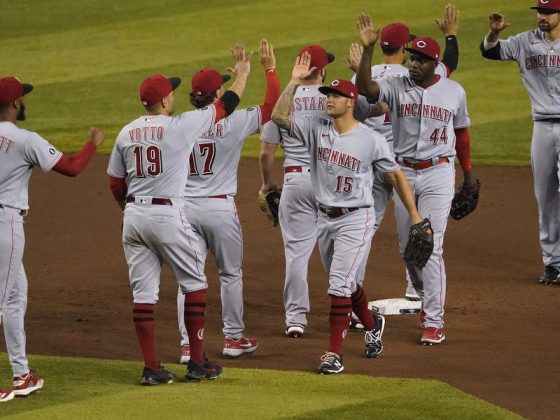