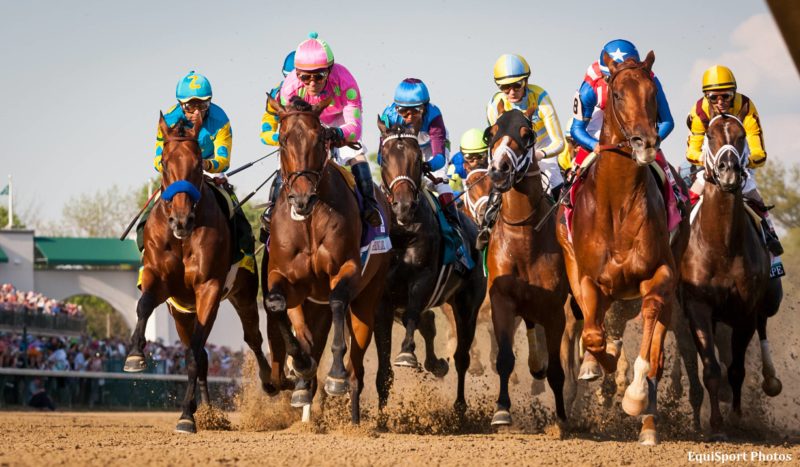 Kentucky Derby Winners – Where are they Now?

In anticipation of the 144thKentucky Derby, we take a look back at the journey of the last 10 winners and take a glimpse of there day to day life in 2018. Welcome to Derby Winners – Where are they now.

Derby Glory: Sent off as the favorite, Big Brown ran like one. He easily won by 4 ¾ lengths.

Life After the Derby: Big Brown came back two weeks later and won the Preakness Stakes. He came up short in his Triple Crown bid in the Belmont Stakes, but ended his year with two more wins in the Haskell Invitational and Monmouth Stakes.

Where Is He Now?: Big Brown stands at Irish Hill & Dutchess Views Stallions in Stillwater, N.Y. Since the start of 2017, his offspring have won 99 races, and Big Brown ranked third among all New York-based stallions last year.

Derby Glory: Unlike the predictable winner who preceded him, Mine That Bird pulled off one of the biggest upsets in Kentucky Derby history, winning at odds of greater than 50-to-1. The victory was so shocking that as Mine That Bird crossed the finish line, announcer Tom Durkin called it “an impossible result.”

Life After the Derby: Mine That Bird was denied in the Preakness by the great Rachel Alexandra. After finishing second in Baltimore, Mine That Bird finished third in the Belmont Stakes. He’d go on to race seven more times over the next year and a half, and he never finished better than third.

Where Is He Now?: After amassing $2,228,637 in career purse earnings and being the inspiration behind the movie “50 to 1,” Mine That Bird held residence at the Kentucky Derby Museum (next door to Churchill Downs). After entertaining fans there, he was relocated to New Mexico where, at last report, he still lives with one of his original owners Mark Allen at Double Eagle Ranch.

Derby Glory: In a near-repeat of the year prior, Calvin “Bo-Rail” Borel guided his charge up the rail on a sloppy track to claim the roses on Derby Day. Unlike the year before, Super Saver was sent off as 8-to-1 second choice in the wagering, delivering a first Kentucky Derby victory to trainer Todd Pletcher and owner WinStar Farm.

Life After the Derby: The Kentucky Derby would be Super Saver’s final victory. He finished eighth in the Preakness Stakes and didn’t run in the Belmont Stakes. Three months later, he returned to finish fourth in the Haskell before a 10th-place finish in his final career start, the Travers Stakes.

Where Is He Now?: Super Saver has been an extremely productive stallion and currently stands for a stud fee (breeding fee) of $35,000 at WinStar Farm in Kentucky. Among the most successful runners he’s produced are champion sprinter and $1.4-million earner Runhappy, Inside Straight, Competitive Edge, and recent Essex Handicap winner Hedge Fund.

Derby Glory: Despite having finished first or second in each of his career races coming into the Kentucky Derby, Team Valor’s Animal Kingdom was far from a betting favorite on the first Saturday in May. Hall of Fame rider John Velazquez guided home the Graham Motion trainee to victory at odds of over 20-to-1.

Life After the Derby: After a narrow defeat to Shackleford in the Preakness, Animal Kingdom ran sixth in New York in the Belmont Stakes. He still had one more significant victory ahead of him though, as he triumphed in the $10 million Dubai World Cup in 2013.

Where Is He Now?: Animal Kingdom is enjoying life as a stallion at Darley in Lexington, Ky. Since beginning his stud duties in 2014, he’s produced several notable stakes winners in the U.S. and abroad, including 2017 Breeders’ Cup Juvenile Turf runner-up Untamed Domain.

Derby Glory: Another year, another upset – after all, his name should’ve given it away. Trained by Doug O’Neill for Reddam Racing, I’ll Have Another defied his 15.20-to-1 odds. Under young jockey Mario Gutierrez, I’ll Have Another ran down pacesetter and favorite Bodemeister in the closing stages of the Derby.

Life After the Derby: Dreams of a Triple Crown were very much alive after I’ll Have Another followed up his Derby score with a victory in the Preakness. Those dreams unraveled, however,  when he was scratched the day before the Belmont Stakes and retired after developing tendonitis in his left front leg.

Where Is He Now?: After his racing career, I’ll Have Another was sold for $10 million. Since 2013, he’s stood at Big Red Farm in Hokkaido, Japan.

Life After the Derby: The son of Malibu Moon never quite ran back to his Derby form, finishing fourth in the Preakness and third in the Belmont Stakes. He’d run twice more in 2013, beaten in the Travers and Jockey Club Gold Cup. He was retired at the end of the year with earnings of $2,612,516.

Where Is He Now?: Having started his stallion career at Claiborne Farm in 2014, Orb has only had two crops of runners hit the track. Among his 19 winners to date is Orbolution, who won the P. G. Johnson Stakes at Saratoga last summer.

Derby Glory: Though he went off as the favorite in the Kentucky Derby, California Chrome was perhaps one of the most unlikely Derby winners based on his pedigree alone. He was the son of an $8,000 mare named Love the Chase and a stallion named Lucky Pulpit who stood for a mere $2,500.

Life After the Derby: Chrome and his faithful band of supporters, affectionately known as “Chromies,” rolled into the Preakness and steamrolled the competition. Though he fell short of a Triple Crown, finishing fourth in the Belmont Stakes, California Chrome would go on to win many more races en route to being named Horse of the Year in 2014, as well as 2016 when he captured the Dubai World Cup with rider Victor Espinoza. All told, the modestly-bred fan favorite would go on to win 16 races and rack up $14,752,650.

Where Is He Now?: Chrome’s life as a celebrity has continued, even as he’s moved into retirement (and stud duty) at Taylor Made Farm in Nicholasville, Ky. His first foals (babies) are hitting the ground this year and can be expected on track sometime in 2020.

Derby Glory: In retrospect, the Triple Crown dream could’ve ended before it ever started. Following two dominant wins in Derby prep races at Oaklawn Park, Zayat Stables’ American Pharoah arrived at Churchill Downs with high expectations. The Bob Baffert trainee went off as the favorite in the Kentucky Derby and, under jockey Victor Espinoza, got the job done. But it was far from easy – he won by just a length, which would be his smallest margin of victory of all his spectacular victories in 2015.

Life After the Derby: American Pharoah was “finally the one!” Those were the words of announcer Larry Collmus as Pharoah approached the finished line in the Belmont Stakes, becoming the first Triple Crown winner in 37 years. The story didn’t end there. American Pharoah went on to dominate the Haskell Invitational in his next start, before wrapping up his career with another powerful victory in the 2015 Breeders’ Cup Classic. His lone loss of the year came in the Travers Stakes, when he was caught late by Keen Ice.

Where Is He Now?: He currently stands at Ashford Stud in Versailles, Ky. Some of his babies have already sold for a million dollars. Much like California Chrome, American Pharoah is in high demand among fans who clamor for him, send fan mail, and who try to visit him when tours are available. To find out about tours, you can check listings on the website of our partners at Horse Country.

Derby Glory: The team of Mario Gutierrez, Doug O’Neill, and Reddam Racing would enjoy their second Derby victory in five years when Nyquist powered home to victory as the favorite in 2016.

Life After the Derby: Unlike I’ll Have Another, Nyquist couldn’t follow up his Derby score with another win in the Preakness. He raced twice more, unsuccessfully, in 2016 before being retired before a planned start in the Breeders’ Cup Classic.

Where Is He Now?: Upon his retirement, Nyquist began his life as a stallion in 2017 at Darley in Lexington, Ky. He currently stands for $40,000.

Derby Glory: He went fast early and he came home fast, too. Always Dreaming led for a significant portion of the 2017 Kentucky Derby and drew off late to secure a second Kentucky Derby victory for both Todd Pletcher and John Velazquez, and their first together. It was also a triumph for the expansive ownership group of Brooklyn Boyz Stables, Teresa Viola Racing Stables, Siena Farm, West Point Thoroughbreds, MeB Racing Stables and St. Elias Stables.

Life After the Derby: In the Preakness, Always Dreaming went fast again in the early stages of the race but, this time, he couldn’t keep pace late. He failed to win in two subsequent starts in 2017.

Where Is He Now?: Always Dreaming is still in training and ran as recently as three weeks ago when he was second in the Gulfstream Park Hardacre Mile Stakes. 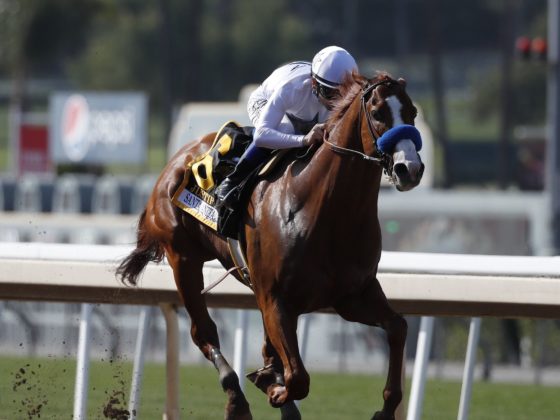 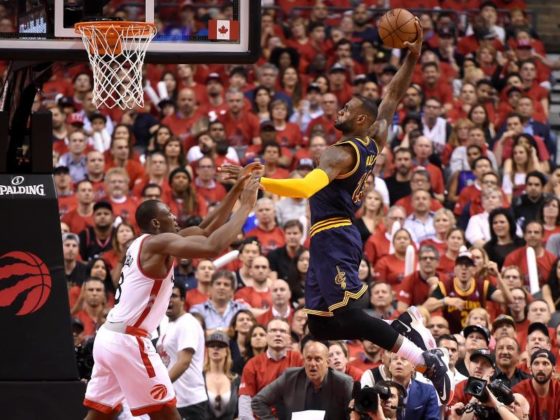