How Leicester City have adapted their tactics to boost their Premier League title push.

LEICESTER’S Premier League title charge was built on exhilarating attacking play in the first half of the season, but their mean defence is coming to the fore now. After a fourth 1-0 victory in five games against Crystal Palace on Saturday, we take a look at how the high-flying Foxes have adapted …

When Leicester sat top of the table at Christmas it was largely thanks to a record of 37 goals in 17 games. Jamie Vardy’s record-breaking scoring run had propelled them to unthinkable heights, but when the goals started drying up for the 29-year-old it was widely anticipated the magic would fade and the Foxes would start to slide.

Their defensive record did not exactly cry out solidity, after all. Leicester had conceded 24 times in those 17 games — the same number as relegation-threatened Swansea — and it wasn’t until late October that Claudio Ranieri had to come good on his promise of pizza to reward their first clean sheet of the season.

Three months on, however, and Leicester’s players are dining on pizza almost every week. Premier League viewers have become accustomed to seeing them at the top of the pile — and the Foxes are just seven games away from making history with a title challenge that is rapidly gathering momentum.

Leicester remain a deadly force on the counter-attack, but the statistics illustrate how the emphasis has shifted since Christmas. Before then, the Foxes were averaging 2.2 goals per game, but they have only netted 17 times in 14 outings since then at a rate of just 1.2 goals per game.

Despite the drop-off in goals scored, however, Leicester’s results have remained consistent, with their average points per game only falling slightly (from 2.4 before Christmas to 2.0 afterwards) while their lead at the top of the table continues to grow.

A run of four shut-outs in five games has highlighted their defensive resilience in recent weeks, but the stinginess has been apparent for months. Since Christmas, and with help from midfield enforcer N’Golo Kante, a first-choice back five of Kasper Schmeichel, Danny Simpson, Robert Huth, Wes Morgan and Christian Fuchs has only been breached seven times.

“Once we got that first clean sheet, it cemented the idea in peoples’ heads that keeping a clean sheet is a great foundation to build upon,” said back-up goalkeeper Mark Schwarzer on Sky Sports News HQ.

“We’ve got players who will always score goals, so if you can keep a clean sheet when the season gets tighter and the pressure starts to mount, you can win games by the odd goal.”

Having found defensive shut-outs so hard to come by at the start of the campaign, Leicester have now kept nine in their last 13 games. In the same period, no other Premier League side has managed more than seven. “They have the look of champions about them,” noted Sky Sports pundit Jamie Redknapp in his Daily Mail column — and he’s not the only one to have been impressed.

“They don’t give a lot away,” said Crystal Palace manager Alan Pardew after Riyad Mahrez’s first-half strike settled Saturday’s game at Selhurst Park. “They’re underestimated defensively. They’ve got energy and they’re up to the ball all the time. They’re tight and it’s difficult to create against them.

“The two centre-halves are confident in possession, they rarely make mistakes and they don’t slash at clearances. They make good clearances from their defensive third and they’re fast. They have a lovely balance to the team and you have to admire them.”

Leicester have also had to adapt to their opponents’ attempts to nullify their goalscoring threat. The Foxes thrived in the first half of the season by ceding possession to their rivals, waiting for mistakes and springing forward on the counter-attack, but since their 2-1 defeat to Arsenal the likes of Norwich and West Brom have played them at their own game.

The Foxes have therefore averaged 53.4 per cent possession in the last five games compared to 40.5 per cent earlier in the season. The enforced change of approach has resulted in fewer opportunities for Ranieri’s attackers to get in behind, but their defensive solidity has made the difference at the other end.

Leicester are now within touching distance of one of the most extraordinary achievements in football history, and while Mahrez and Vardy are likely to battle it out for the player of the year gong, they are certainly not the only individuals who are due a considerable share of the credit. 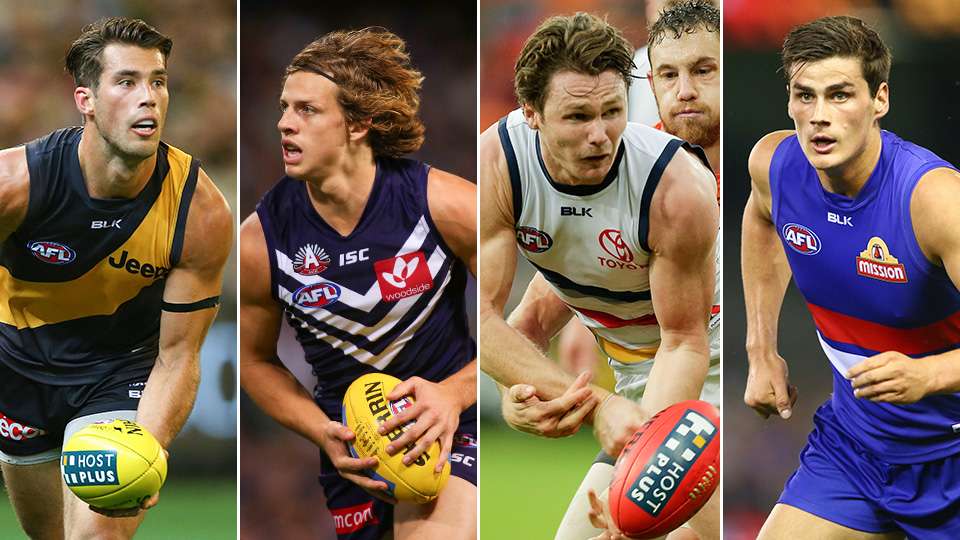