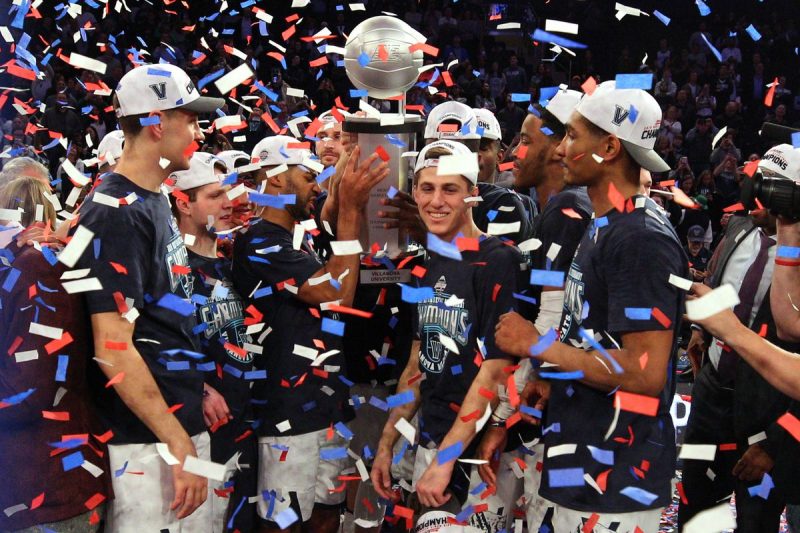 It’s the greatest time of the year for college basketball fans as we are treated to the eighty-first edition of the historic tournament.  Considered by many to be the greatest tournament in all of sports, nothing seems to capture America’s attention quite like the unpredictability and excitement of March Madness every year. This year, each of the sixty-eight teams will be playing for a shot at the Final Four, which will be held in Minneapolis, Minnesota. Only one team will emerge from each region unscathed and we are here to share some insight on which team it will be so you can win your office pool.

The East region contains the number one seed and tournament favorites Duke Blue Devils. Led by a trio of freshman who have had their names plastered across every news outlet in the country, the road to Minneapolis will not be as easy for Duke as many assume. Michigan State and LSU are both strong teams that could present challenges for Duke if they were to face off; however, the scariest team for Duke may be Virginia Tech. Virginia Tech started the season 16-3 before losing key senior point guard Justin Robinson. Robinson is arguably Virginia Tech’s best player and his missing the last twelve games of the season provided a challenge for the team. Despite his absence the team continued to play well and they defeated Duke on February 26th in a big statement win. Robinson’s return will allow scoring responsibilities to be more equally distributed and this primes Virginia Tech for a deep run this March. I’m sure that both Duke and Virginia Tech have their possible matchup in the sweet sixteen circled and Duke will be hungry for revenge. Expect the winner of that game to make it out of the East Region.

The Gonzaga Bulldogs are the number one seed in the West Region and they have concluded another impressive season. Gonzaga and head coach Mark Few have developed an impressive program and kicked off their season with a win over the mighty Duke Blue Devils in the finals of the Maui Invitational tournament. Led by the WCC player of the year Rui Hachimura, the Zags only lost three games all season and were ranked number one in the country for five weeks by the AP poll. They face a tough path to the Final Four as teams such as Michigan, Florida State, and Texas Tech stand in their path.  Florida State may be a team that many people would look over but that would be a serious mistake. With 7’4 center Christ Koumadje in the middle they have good size and a very balanced scoring attack. They have been playing well at the perfect time as their only losses since the end of January are to Duke and North Carolina. Expect Gonzaga to be knocked off by a lower seed, possibly as early as the round of 32.

Many will see Virginia as a number one seed and remember last year’s historic loss to UMBC as Virginia became the first top seed to ever lose their first game. This is not the same team as last year, and they have shown much more depth and an ability to win games even when their best players aren’t playing great. Virginia wears down opposing teams with their stifling defense and they have also gotten a favorable draw. Expect lots of upsets in this region as it has a few strong teams at lower seeds while the higher seeds have weaknesses. Oregon, Saint Mary’s, or UC Irvine could all be teams that shock the world and make deep runs in this tournament, while Kansas State, Villanova and Cincinnati all have looked very vulnerable at times this season. Virginia’s biggest competition comes from Tennessee, who were once at the top of the polls for a consecutive month. The Volunteers have back to back SEC player of the year, Grant Williams, and will hope to do better than their loss in the round of 32 last year.

The Midwest features traditional powerhouses North Carolina and Kentucky at the top. Both of these storied programs have once again had outstanding seasons and feature rosters with some of the best players in the country. Senior Luke May averaged a double-double for the second consecutive year for the Tar Heels and he is complemented by freshman Coby White and Nassir Little. White and Little were the key parts of another top ten recruiting class by North Carolina, yet Kentucky had an even more impressive class ranked number two by every major recruiting outlet. These superb freshmen helped Kentucky finish the season as the seventh ranked team in the country. While these are the two highest seeds in the Midwest, they can expect stiff competition from Houston, Auburn, and Wofford. Wofford is a team that looks like they are built to be a Cinderella story. Featuring the second highest three-point percentage of any team in the country, if they get hot, they could spoil many people’s brackets. Expect this region to be a dogfight with many teams having a chance to dance their way to Minneapolis.

Every year there is a team or two who crash the big dance and storm their way to the Final Four. One higher-seeded team to watch this year is Saint Mary’s. They are the eleventh seed in the south region but have the makings of a team coming together at just the right time. They enter the tournament as West Coast Conference champions, upsetting Gonzaga in the championship game 60-47. They are 9-2 in their last eleven games and both of those losses came at the hands of Gonzaga. Guard Jordan Ford averages 21.3 points per game and as a team they are thirty-fourth in the country in three-point percentage. They open the tournament against a Villanova team that has five losses in their last eleven games and has been struggling this year. If Saint Mary’s can catch some fire from range, they could be the team that ruins everyone’s brackets this season.

4+ Leg Parlay Insurance: Place a 4+ Leg Parlay on any NCAA Games and if exactly 1 Leg Loses, get Money Back as Bonus Bets up to $100. Minimum Parlay Price is +200 to be eligible for promo. Maximum One Parlay Refund per day. 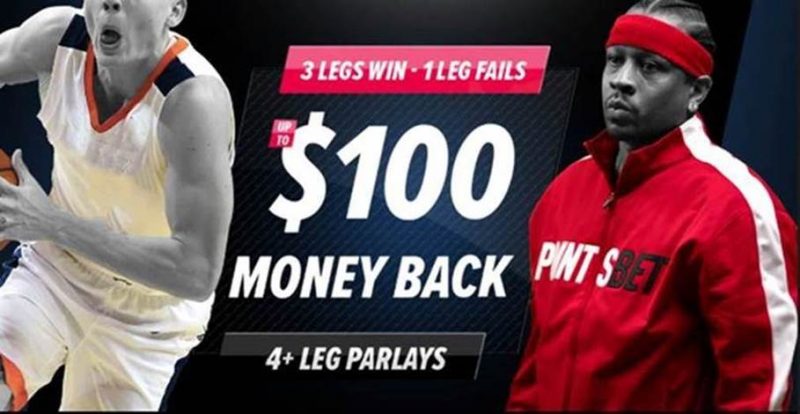 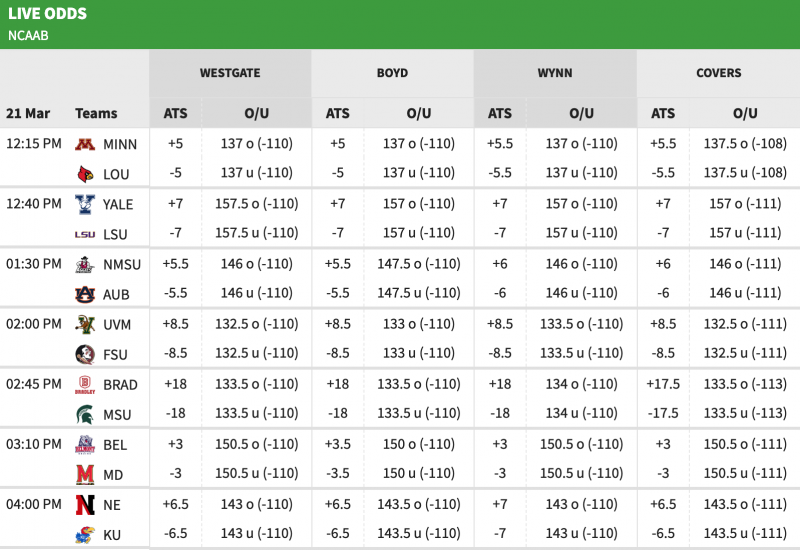 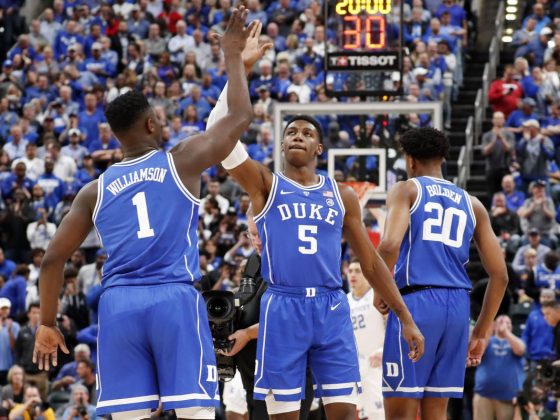 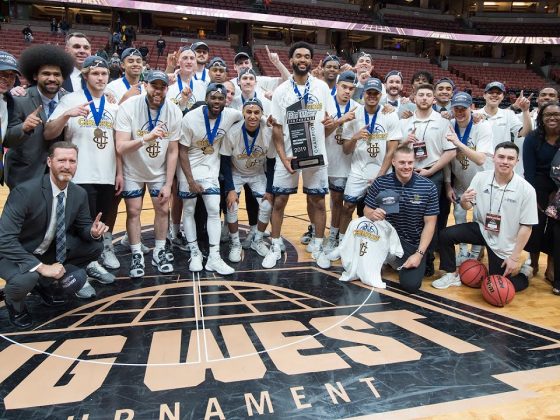