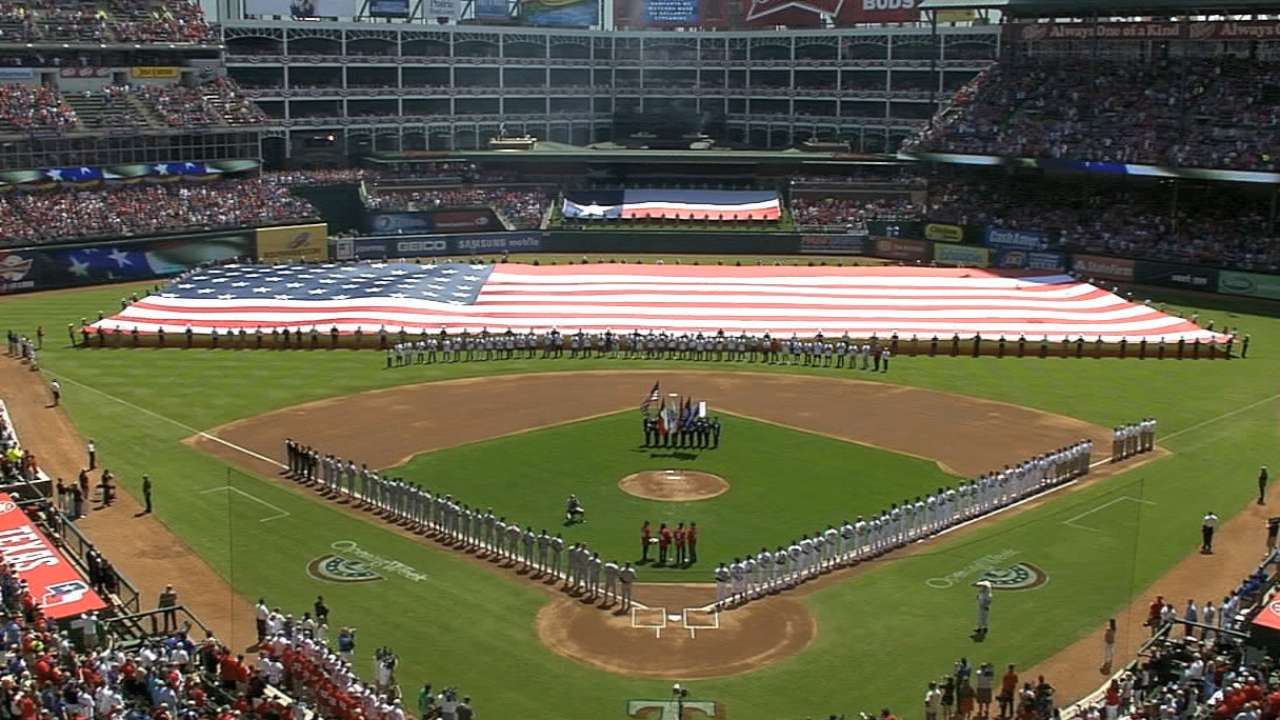 With the MLB postseason about to begin, we know the stakes. All 10 teams have the same goal: Making it to and winning the World Series.

For individual players, though, there are plenty of other storylines that make them interesting in October. Some are looking to build a legacy some are playing for a winter payday, some seek redemption and others are on the cusp of national fame!

We looked up and down the rosters of MLB’s postseason teams and we found 12 players we thought were particularly intriguing. They aren’t necessarily the best players on each team or the most valuable, but they’re guys who have something to prove or who might play a bigger role than expected.

CLAYTON KERSHAW
The best pitcher of his generation, and one of the best pitchers we’ve ever seen, the only place Clayton Kershaw hasn’t performed at his best has been in the postseason. A 5.12 ERA in 51 career playoff innings is not befitting of a pitcher as great as Kershaw. Is this the year he finally breaks through in October? If he does, the Dodgers have to feel good about their World Series chances.

JOHNNY CUETO
Brought in at the trade deadline to be Kansas City’s ace for the stretch run, Cueto has at times looked lost on the hill or at least trapped in his own mind. To put it bluntly, he’s struggled in August and September, posting a 4.99 ERA. Fortunately for Kansas City, Yordano Ventura has gotten on track and will be their clear No. 1 starter into October. But for the Royals to make another run to the World Series, Cueto will have to turn it around quickly.

WADE DAVIS
You have to be a pretty awesome reliever in order to dominate a postseason series. Wade Davis certainly fits that bill. The 30-year-old has been one of the most dominant relievers in the game over the past two seasons, posting a ridiculous 0.97 ERA, with 187 strikeouts in just 139 1/3 innings. With Greg Holland shut down, Davis will now assume the closer role as the team hopes to repeat its success from last season. Losing Holland will hurt, but Davis is more than capable of filling his shoes. It’s not really a surprise, but Davis has been the best pitcher on the club the past two seasons, though Holland got all the press because he racked up saves. Now that Davis will have the opportunity to shut down opponents on the biggest stage possible, he should finally get his due.

MATT HARVEY
What a difference a month makes. For a while, we weren’t even sure Harvey would be available for the postseason. Now he says he’s ready to throw any restrictions aside to help the Mets win a World Series. Harvey had a handful of regular season starts skipped in order to preserve him for the playoffs, but that shouldn’t impact his sharpness. We’ll see how the Mets play it, but it will be awfully tough to keep the ball away from him if they need a win.

ADAM WAINWRIGHT
Five months removed from an Achilles’ tear, Wainwright is back and ready to contribute. His recovery is every bit as impressive as the Cardinals overall resilience this season. Wainwright will be counted on in a relief role, at least initially. That suited him well in 2006, when he helped St. Louis to a World Series title as closer. That spot now belongs to Trevor Rosenthal, but it’s easy to envision Wainwright handling several critical innings in October.

JOSE BAUTISTA
Jose Bautista has been waiting for this a long time. For the first time in his 12-year major-league career, Bautista is headed to the playoffs. The Blue Jays’ right fielder was named an All-Star for the sixth straight season and continues to produce at a high level at 35 years old, hitting 40 homers in 2015. On top of that, Bautista’s flair for the dramatic – whether it’s a big home run or a dart from the outfield – is a perfect match for the October stage.

MARCUS STROMAN
When he tore his ACL early in spring training, Marcus Stroman’s sophomore season was supposed to be over before it even started. Now, he’s a surprise weapon for the Blue Jays. After six months of grueling rehab and a couple minor-league games, he made his triumphant and unexpected return in September and went 4-0 in four starts with a 1.67 ERA. A few outings like that in the postseason for the 24-year-old right-hander, who will start Game 2 of the ALDS against Texas, will only make his story sweeter.

STARLIN CASTRO
Starlin Castro’s relationship with Cubs fans is … complicated. The 25-year-old has already experienced plenty of ups-and-downs with the franchise. He’s been an All-Star while playing on horrible teams, yet his lapses on defense and awful 2013 season have made him a target in Chicago. Castro was well on his way to being Public Enemy No. 1 this season until an August benching. Since Joe Maddon temporarily benched Castro, the shortstop has erupted at the plate, hitting .353/.373/.588 over 143 plate appearances. He’s become one of the team’s hottest players coming into the postseason. Castro, like Cubs’ fans, has been through it all in Chicago. It would be fitting if he somehow played a big role in the team’s run to a World Series.

Last year, the Pittsburgh Pirates had Gerrit Cole, the fantastic young starting pitcher, on the sidelines as the San Francisco Giants sent them home in the NL wild-card game. In a somewhat debated move at the time, the Pirates started Cole on the last Sunday of the season and went with Edinson Volquez in their do-or-die game. That, uh, didn’t work out. No such problem this time. Cole, who had an even better 2015 season, is the man on the hill Wednesday night when the Pirates host the Chicago Cubs in a one-game playoff. The 25-year-old won 19 games for the Pirates this season with a 2.60 ERA. If he can pitch the Pirates past the Cubs and Jake Arrieta, it’ll be a national announcement that he’s one of the game’s top pitchers.

JOSH HAMILTON
They aren’t booing Josh Hamilton in Texas anymore, because he’s one of them again. His up-and-down past 12 months are looking up right now: He’s back in the postseason with the Texas Rangers. Hamilton was 0-for-the-playoffs with the Angels last year, then admitted an offseason drug relapse, was ditched by the Angels and traded back to Texas, where he was once an MVP. He’s not the best player on the Rangers’ roster, but he’s been productive. We love redemption stories and Hamilton has the potential to be one — both on the field and off.

ALEX RODRIGUEZ
There’s no way to talk about the Yankees success this season without mentioning Alex Rodriguez. The 40-year-old had an amazing comeback year, hitting .250/.356/.486, with 33 home runs over 620 plate appearances. With Mark Teixeira sidelined, A-Rod is really the only reliable offensive player the Yankees have right now. He’s been much maligned for his inability to perform in the playoffs, but his career .263/.369/.464 line in 75 games suggests those concerns are slightly overblown. Given the team’s current struggles, he’ll need to be even better than that if the Yankees hope to make a deep postseason run.

CARLOS CORREA
Carlos Correa, Houston’s great hope, didn’t just have a stellar rookie season with the Astros. He helped them get into the postseason. Way ahead of schedule, we might add. The 21-year-old has all the makings of a superstar — he plays shortstop, is nimble on defense, hits for power, has a big smile and already exudes leadership. If the Astros make a run, Correa should make a name for himself on the national stage. It would be a heck of a way to make a first impression. 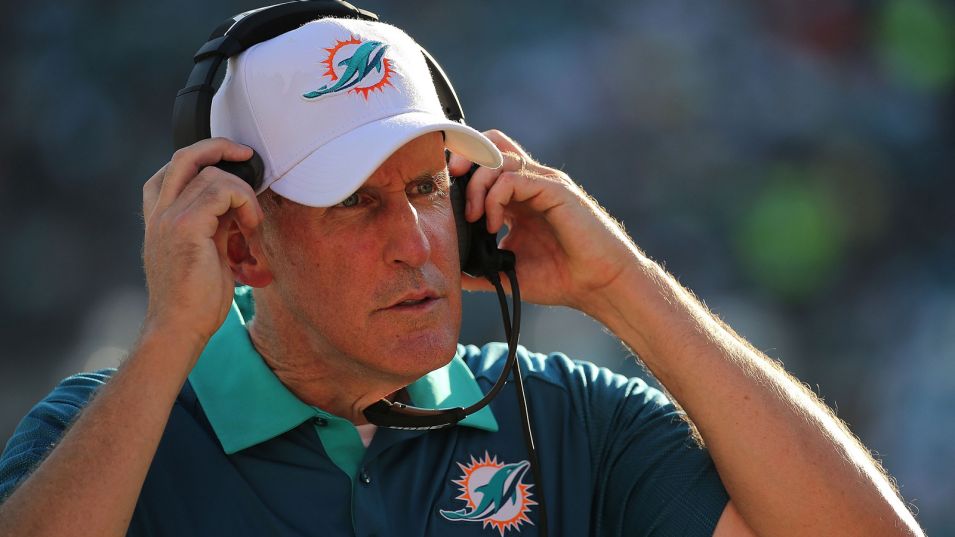