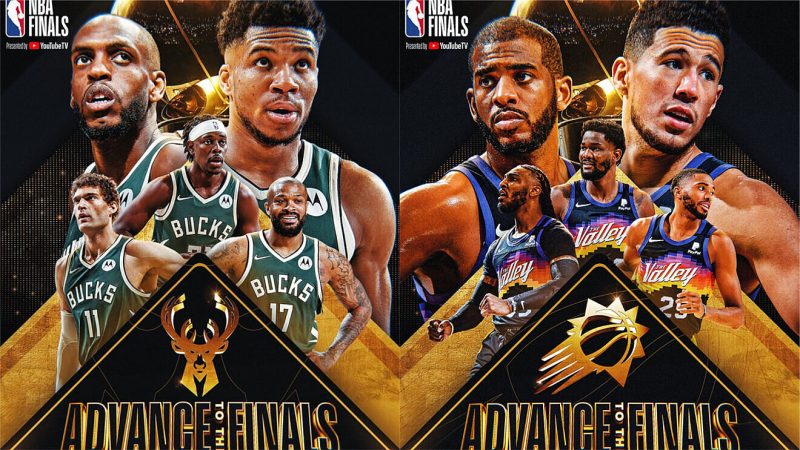 The Suns, a No. 2 seed in the Western Conference, face the No. 3 seed from the East in the Bucks, with both franchises ending long Finals droughts. Neither has been this deep in the playoffs in 28 years. Milwaukee, which has not been to the Finals since 1974, has just one title, while the Suns return to the championship round for the first time since 1993 having never won it all. A second NBA title for Milwaukee likely will hinge on the health of superstar Giannis Antetokounmpo, who is listed as doubtful for the opener because of a left knee injury. Antetokounmpo hyperextended the knee in Game 4 of the Eastern Conference finals and has not played since.

The Suns have worked through their own availability issues with a superstar. Phoenix survived three playoff rounds, even as point guard Chris Paul was forced to work his way through a shoulder injury in the first round and a COVID-19 hiatus at the outset of the Western finals. Paul is back in dominant form, delivering a clutch 41-point performance in the conference final-clinching victory against the Los Angeles Clippers, even with a sore right hand. Devin Booker scored 22 points and averaged 25.5 points in the series.

The Game 5 loss for Phoenix was one for the ages as the Suns shot 55 percent from the field, 68 percent from 3-point range and had only eight turnovers. I like the Suns to keep shooting well and win Game 6 outright. Phoenix easily could have won Games 4 or 5 and should have covered Game 4. I’m betting against Bobby Portis and Pat Connaughton going 6 of 10 from deep again. The Bucks will aim to be the first team since the 2006 Miami Heat to go down 0-2 in the NBA Finals and win the next four games.

Strange Fact – Scott Foster will be refereeing Game 6 tonight. Chris Paul is 0-12 in his last 12 games when he is refereeing.

Who loses an NBA playoff game when shooting more than 50 percent from the field while the other team shoots less than 41 percent? Phoenix in Game 4, that’s the list, all-time. Lots of turnovers (17) for the Suns and veteran Chris Paul had five. But the fire and sense of urgency by the Suns and Devin Booker on the road in Game 4 lead me to believe that Game 5 is going to be a double-digit Phoenix win behind the home crowd. Booker was unstoppable and foul trouble is his only kryptonite.

This will be the first really tight game of the series. Devin Booker will bounce back from his 3-of-14 shooting night, Mikal Bridges will be a factor again, and Monty Williams will keep DeAndre Ayton on the floor even if he gets in foul trouble. Williams now knows he can’t afford to play extended minutes with Frank Kaminsky (minus-12 in 14 minutes) and Torrey Craig (minus-12 in 15 minutes). Which was the biggest factor in their game 3 defeat. Phoenix was in a similar position against the Clippers. After the Suns got blown out in Game 3, cutting their series lead to 2-1, they responded with a gritty four-point win to take command of the series. I’m looking at this Suns team to be led by Chris Paul and stamp the series at 3-1 tonight on the road.

Game 2 was a dominant win for the Phoenix Suns. Milwaukee superstar Giannis Antetokounmpo was back in MVP form with 42 and 12 and that still wasn’t enough to get the win on the road. The Bucks simply look out coached by Monty Williams and the Suns coaching staff. Offensively for the Suns Bridges, Booker & Chris Paul looked unstoppable and the Bucks look to have no answer. I expect the Suns to continue the job on the road and take a 3-0 series lead.

Both these teams have gone Over in their last four games and the adjusted total for Game 3 is posted too low. The Bucks want to play fast and the Suns believe they are best when playing fast so there won’t be any resistance by the Suns to slow them as we’ve seen other teams try with the Bucks.

Game 1 went according to plan with Scorecast guiding us into a perfect night selecting the Suns at the spread and the over. Twitter and Instagram followers showed the importance of social media when our Top Rated Handicapper was quick to find the value with Giannis named in the lineup. Brooke Lopez who had dominated the post in his previous 2 starts without Giannis had drifted to +1200 to hit 3+ threes. He was certain to spend more time behind the arc and collected at big odds for followers.

Game 2 scorecast and our Top Rated Handicapper is flicking the switch. Milwaukee rallied from 1-0 deficits in each of the past two rounds, including thumping the Atlanta Hawks 125-91 in Game 2 of the Eastern Conference finals en route to winning four of the last five games of the series. The Suns got 32 points from Chris Paul, 27 from Devin Booker and 22 from Deandre Ayton and a combined 20-for-20 at the line from the trio. I don’t expect that again tonight. Ayton was the difference maker on Tuesday, look for P J Tucker to make game 2 a lot tougher and if he gets in foul trouble the Suns are in trouble.

The Bucks unexpectedly find themselves adjusting to the return of Giannis Antetokounmpo. The two-time league MVP wasn’t necessarily at his best after a two-game absence caused by a hyperextended left knee. He finished with 20 points, which was 12.9 fewer than his average in the eight games immediately prior to sustaining the injury in Game 4 of the Eastern Conference finals. It didn’t appear the injury was bothering him and I expect a big Game 2 from the MVP and the Bucks to adopt a better game plan and get a big win on the road to tie up the series.

ANALYSIS: Tight turnaround for the Bucks against the fully-healthy Phoenix Suns and the statistics are not on Milwaukee’s side either. The home team in Game 1 of the NBA Finals has won seven straight by an average of 13.8 points. In addition, the home team is 15-1 straight-up in the last 16 NBA Finals openers. This likely won’t be a quick series, but in Game 1, I expect the Bucks to have significant difficulty adjusting. They got every shot they wanted against the Hawks’ poor defense, and now they’re facing a rested Suns team that ranked seventh in defensive efficiency. Brook Lopez was the key to the Bucks knocking out the Hawks in the conference finals, he played heavy minutes in the pick and roll and scored a lot of points in the paint with the absence of Giannis Antetokounmpo. He will not get that same freedom with Ayton & Crowder in the Suns lineup.

Introducing – Scorecast powered by AWS The data is in! Our Computer simulated genius. 4 years in the making, testing, twisting and perfecting it is with great pride and confidence we introduce you to Scorecast. Much like our newborn baby, she’s been spoon fed every possible piece of statistical data imaginable. Tried and tested algorithms and the most in depth weekly filters leaves nothing to chance. Human emotion eliminated, prepare to test drive the best data driven analysis in sports betting! Every NBA Matchup updated daily with up to the minute data gives Sportsbet Magazinesubscribers the best advantage for NBA score predictions, NBA Best Bets and NBA sports betting. 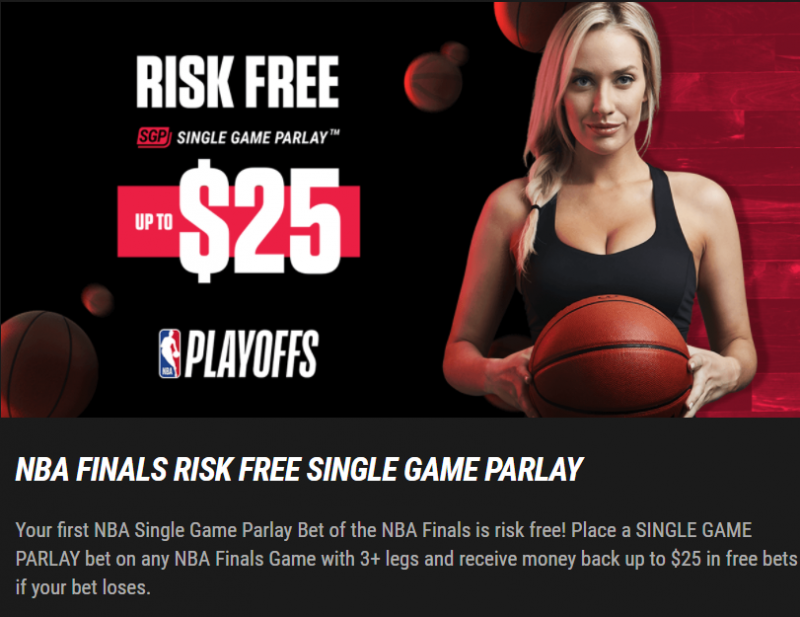 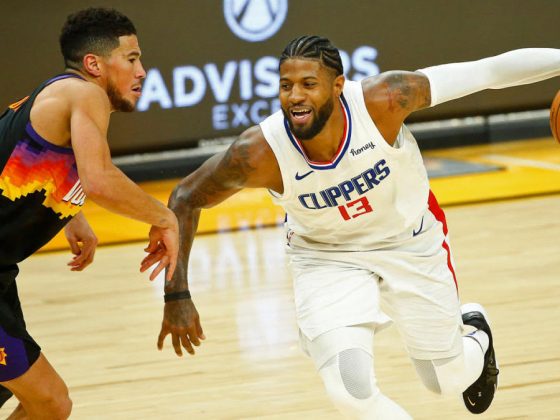 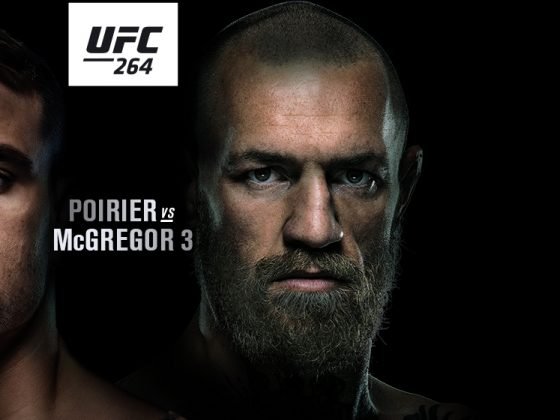