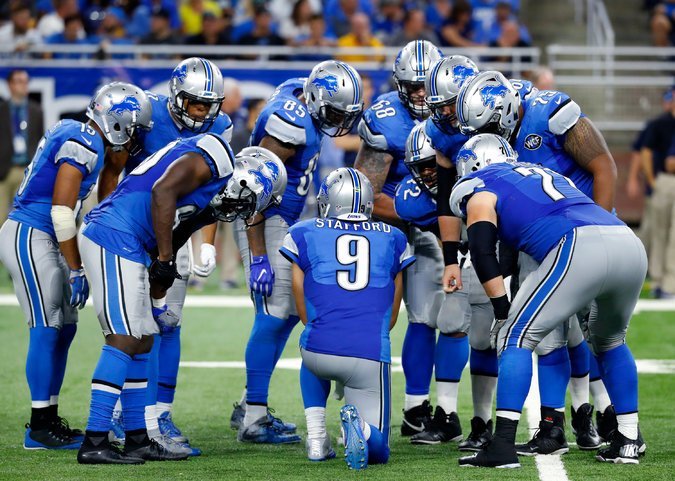 Two 6-foot-5, 240-pound quarterbacks from less prominent college programs ended up finding immediate success for Pennsylvania franchises in the N.F.L., markedly outshining the more famous players taken before them on draft day. You might say Ben Roethlisberger and Carson Wentz have a few things in common.

Of course, any comparisons between Wentz, taken by the Eagles with the No. 2 pick out of North Dakota State this season, and Roethlisberger, who went to the Steelers with the No. 11 pick out of Miami (Ohio) in 2004, are premature until Wentz finds himself with a few Super Bowl rings and several trips to the Pro Bowl. But with Wentz finding the transition to the N.F.L. much easier than Jared Goff, the player taken before him by the Los Angeles Rams, it certainly is reminiscent of Roethlisberger’s being asked to start early in his rookie season and proceeding to outshine Eli Manning and Philip Rivers in their first few seasons (though all three have gone on to have careers that could arguably lead to the Hall of Fame someday).

There is little doubt that Roethlisberger and the high-octane Steelers offense can put up a ton of points against Philadelphia, but Wentz faces his toughest task yet against a Pittsburgh defense that has allowed gobs of yardage — the 695 passing yards it has allowed through two games is the second-worst total in the N.F.L. — but has been stingy with points. Even if Wentz throws for more than 300 yards, just as Kirk Cousins and Andy Dalton did in Weeks 1 and 2, it will not matter if Wentz’s receivers cannot find the end zone.

After a week of prominent reports that Wentz had set a record for the most passing attempts to start a career without an interception, it is a safe bet that Ross Cockrell and the Steelers’ secondary will be hoping to end that streak.

It is strength versus strength when A. J. Green and Brandon LaFell, the star wide receivers of the Bengals, try to find openings against Aqib Talib and Chris Harris Jr., the elite Denver cornerbacks. Green and LaFell will have to work in plenty of short routes so Andy Dalton can get rid of the ball quickly, because Von Miller is on the way to sack him and there is little the Bengals’ offensive line can do to stop him.

Asked about Miller, who had a game-clinching strip-sack of the Colts’ Andrew Luck in Week 2 that earned him A.F.C. defensive player of the week, running back C. J. Anderson blurred the line between video game and reality by discussing his ratings on the popular Madden 17 football game.

“That’s Von Miller, the most unblockable dude in the game,” Anderson told reporters. “99 on Madden, 99 swim move, 99 spin move, 99 across the board for that kid.”

Denver is starting an inexperienced quarterback on the road, but if the last two seasons have proved anything, it is that Wade Phillips’s defense does not really need any offensive support to win.

The former wide receiver Randy Moss never started a season for the Vikings with consecutive 100-yard games, but Stefon Diggs has this season, going for 103 yards in a Week 1 win over Tennessee and a career-high 182 in Sunday night’s win over Green Bay. The two-week effort has Diggs leading the N.F.L. in receiving yards by 43 yards over Will Fuller of the Texans (who has played three games), and it also helps ease fears of how the Vikings’ offense will perform as it enters what could be a long stretch without Adrian Peterson, the star running back who had surgery on a torn meniscus.

Peterson’s injury is just the latest setback for a team that also lost its franchise quarterback, Teddy Bridgewater, to a knee injury. While Sam Bradford looked very good in his first game starting in place of Bridgewater, and there is reason to believe Jerick McKinnon and Matt Asiata can somewhat replicate Peterson’s production, a team missing its two best players probably does not stand a chance of beating the Panthers in Carolina.

The preening, taunting and shoving festival between Josh Norman, a cornerback for the Redskins, and Odell Beckham Jr., a wide receiver for the Giants, is scheduled to overlap with a football game that had previously been arranged between the two franchises. The plan is to have both events occur on the field of MetLife Stadium concurrently, but should either player preen too hard, or shove too egregiously, he may be asked to leave.

If you like offense, the Lions are the team for you. Not only is the team sixth in the N.F.L. in total offense at 411.5 yards a game, but the Lions do not make any attempt to stop their opponents either, allowing 406.5. It is not a particularly effective strategy, and is almost assuredly going to result in a loss to Green Bay, but it will be an exciting loss.

The Seahawks have not been able to establish the run and have been trying to play through quarterback Russell Wilson’s having lost his agility because of an ankle injury. How they respond this week may have a great deal to do with which version of the 49ers shows up: the team that shut out the Rams in Week 1 or the one that gave up a whopping 46 points in Week 2 to Carolina. Even somewhere between should be enough against a team asking Blaine Gabbert, the midsize American sedan of quarterbacks, to run Coach Chip Kelly’s Ferrari of an offense.

The Bills made the logical decision to fix the team’s struggling defense by firing the offensive coordinator. That somewhat counterintuitive move may not pay dividends this week, as the visiting Cardinals are extremely good at football and the Bills are not.

The Raiders’ offense is living up to the hype, but the team’s defense has been atrocious, which resulted in Coach Jack Del Rio’s taking over defensive play calls in the fourth quarter of last week’s loss to the Falcons. There have been 132 points scored in the two games played by Oakland thus far (63 by the Raiders, 69 by their opponents), which will be quite a contrast with the Titans, who have scored just 32 points.

Quarterback Philip Rivers is playing some of the most efficient football of his career for the Chargers, but he keeps losing skill players on offense, with running back Danny Woodhead joining wide receiver Keenan Allen on the discard pile last week. Those injuries combined with the defense not intimidating anyone could spell trouble for the team in a road game against a winless team looking to right its crumbling season.

Dak Prescott, the surprisingly effective rookie quarterback of the Cowboys, was selected with the 135th pick in the 2016 draft. Six of the players drafted before Prescott went to the Bears, so it is with at least mild amusement that he enters a matchup with Chicago in which he seems to have almost a comical advantage over the Bears’ expected starter, Brian Hoyer, who is filling in for the injured Jay Cutler.

The off-season optimism for the Jaguars has not been seen for quite some time, but after enduring back-to-back losses to start the season, a team that worked so hard to rebuild its thin roster may finally have caught a break. Running back Chris Ivory has been practicing, the Jaguars are playing at home, and the Ravens may not have the full use of linebackers Elvis Dumervil or Terrell Suggs.

The Rams have not scored a touchdown since the second quarter of a Week 17 loss to San Francisco in January. After a surprising win last week in a low-scoring game against the Seahawks, Coach Jeff Fisher said he was happy to take it, but thought it might be a good time for his team to find the end zone.

“We got to keep working on it someway, somehow,” Fisher told reporters. “Whether it’s special teams or defense, but I’ll take a touchdown next week. That would be cool.”

Jets cornerback Darrelle Revis has spent the last two weeks being beaten by younger, faster players and hearing about his failures nonstop. Revis, in his 10th season, may no longer be able to keep pace with the most fleet receivers, but against a Chiefs offense that relies far more on short passes to running backs and tight ends than it does on deep passes to receivers, his knowledge of the game should let him get back to his dominant ways. Even so, the Jets are unsure of the status of wide receivers Brandon Marshall and Eric Decker, so a road win in Kansas City seems like too much to ask.

When the Browns drafted Cody Kessler in the third round, well ahead of where anyone else thought he would be, Coach Hue Jackson said, “Trust me on this one.” In Week 3, with Kessler having moved from third string all the way to emergency starting quarterback because of injuries, Jackson is not backing down. He told reporters this week: “You’re going to trust me this weekend. Here we go. Here we go. Trust me. Here we come. Here we go. We’ll see what that statement was all about.”

There is nothing about the recent history of the Browns franchise that should give anyone a reason to trust Jackson on this matter. 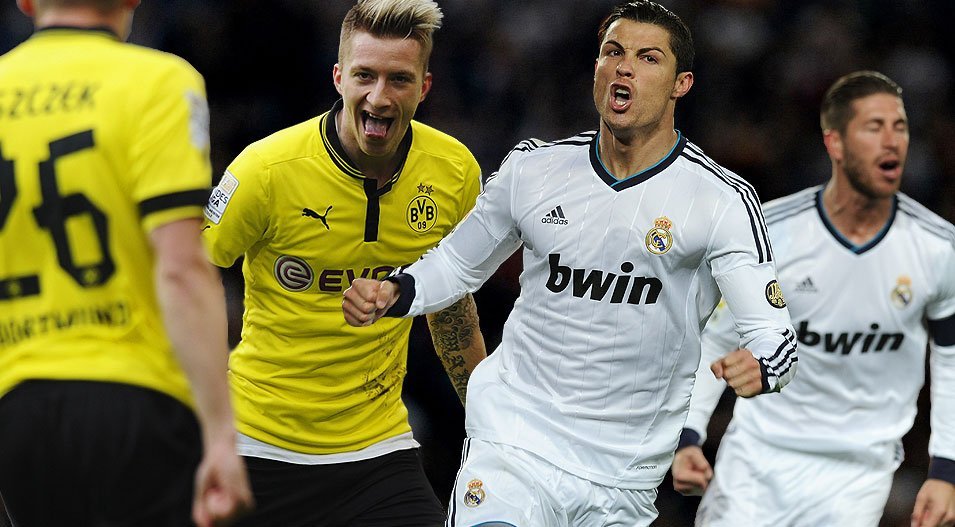