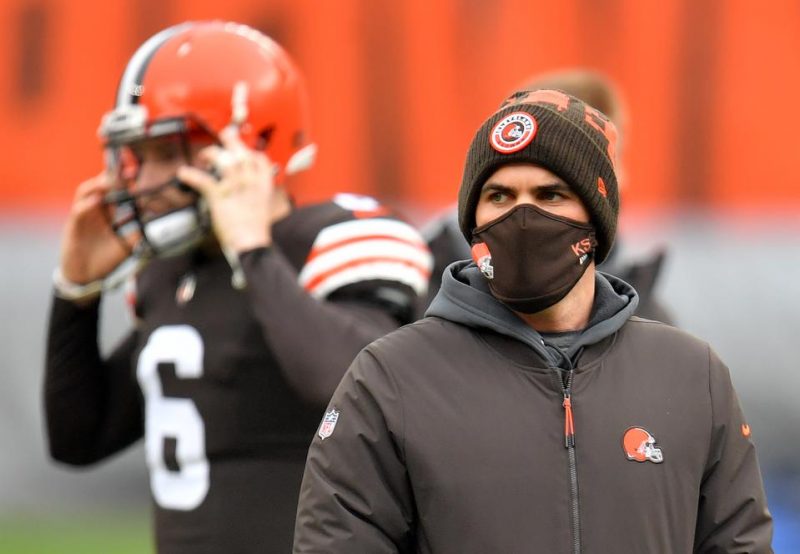 Wild Card Weekend Picks from Top Rated Handicapper. Complete with Scorecast and betting trends to keep you in the winning column this NFL postseason!

The forecast is for a cold weather matchup in Buffalo as the red hot Bills offense led by Josh Allen takes on the Indianapolis Colts and veteran Quarterback Phillip Rivers.

The Bills have had plenty of playoff hurt over the past quarter century having lost their last six playoff contests since last winning a postseason game following the 1995 season.

Hopes are high that the drought will end after Allen emerged as one of the NFL’s top quarterbacks this season. Allen set franchise records of 4,544 yards and 37 touchdowns as well as helping provide a new identity to a rising squad that posted the franchise’s best victory total since 1991, with the latter club advancing to the Super Bowl.

Indianapolis ranks ninth in scoring offense (28.2) and 10th in total offense (378.1) behind the veteran Quarterback Phillip Rivers, who last week moved past legendary Dan Marino and into fifth place in NFL history with 421 career touchdown passes.

This is Rivers’ first season with the Colts and he has been a great acquisition with 4,169 yards, 24 touchdowns in a team that has mostly been run heavy.

Key – Stefon Diggs! He has been in beast mode all season long, the Bills offense is very one dimensional with a lack of run game and if the Colts can take away Diggs they keep this game low scoring. The Colts can run the ball with multiple running back threats and control time of possession to keep this game close. Take the Colts and the Points.

Betting Trend – the Bills have covered in eight straight games. Bettors are confident in Buffalo advancing past the Colts (+245 ML) to the Divisional Round, backed by 92% of the ML handle. The public is also on the Bills — 3-1 ATS when favorites by six or points — to cover (82% of spread handle).

The Rams will get back starting Quarterback Jared Goff when they head to Seattle to take on Russell Wilson and the Seahawks.

The 20-9 Seahawks win a few weeks ago against the Rams is a little misleading; the Rams had five of the seven longest drives in the game but came away with zero points on two of them and zero TDs on the others against Seattle’s mid-tier red zone defense.

The Key – Seattle has thrown for less than 200 yards in three straight and faces the No. 1 defense in yards per play for a third time this year. Lock of the Week Rams +4

Betting Trend – Seattle is backed by 87% of the ML handle to win and 71% of the spread handle to cover. The Rams and Seahawks split the season series, with each team covering once. Both matchups failed to hit the Over (55.5 and 48). Seattle hit the over in its regular-season finale, having failed to do so in its seven previous games. Likewise, the Rams played to the under in their final four games of the season. The public is backing Under 42 with 71% of the O/U handle. 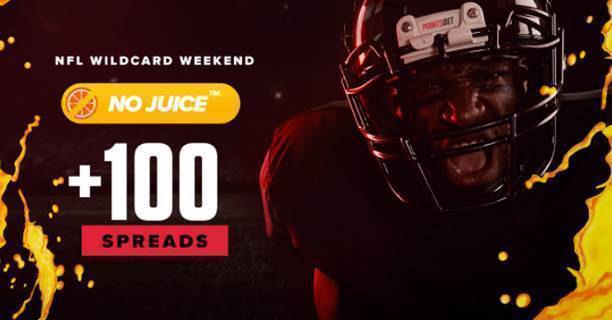 Tom Brady and the Buccaneers head to Washington to take on Chase Young and the Washington Football team.

Washington’s offense seems stuck in mud, and QB Alex Smith (calf) is ailing enough that coach Ron Rivera might have to spell him with barely used backup Taylor Heinicke. Antonio Gibson who has been outstanding this year is not fully fit and struggled last week against the Eagles. Washington answered a dismal 2-7 start by winning four in a row en route to a 7-9 finish, which was good enough for its first NFC East title since 2015. The problem has been scoring down the stretch.

While the Buccaneers are set to play their first postseason game since 2007, Tom Brady’s postseason resume is as attractive as it is long, making it little wonder why the Tampa Bay Buccaneers welcomed him with open arms in the offseason. Brady appears to have found his chemistry with his wideouts on Tampa Bay’s third-ranked scoring offense (30.8 points per game), throwing for at least 341 yards in five of the last seven games. All told, the 43-year-old threw for 20 of his franchise-record 40 touchdowns in that span and even rushed for one to help the Buccaneers finish with an 11-5 record.

The Key – Washington had everything to play for against Philadelphia last weekend and if the Eagles didn’t intentionally tank last week, Washington wouldn’t be here. Statement game for Brady and the Buccaneers.

Betting Trend – Washington (+335 ML) has failed to hit the over in five straight games, while the Buccaneers (-8, -400 ML)have hit the over just twice in their last five. Bettors are backing Under 45 with 68% of the O/U handle, up from 53% on Tuesday. Washington has not won a home playoff game since 1999, and Tom Brady has suffered just one defeat to Washington in six attempts, way back in 2003. The public is backing Tampa Bay with 93% of the ML handle to win and 78% of the spread handle to cover the second largest differential of the weekend.

The Ravens get a second date with Henry on Sunday when the teams meet in the first round of the AFC playoffs in Nashville, Tenn. Henry led the Titans to victory with his 29-yard touchdown run with 4:39 left in overtime that gave Tennessee a 30-24 win in Baltimore.

The Titans Quarterback Ryan Tannehill enjoyed the best year of his career, throwing for 3,819 yards and 33 touchdowns with just seven interceptions. A.J. Brown collected 1,075 yards receiving and 11 touchdowns, while Corey Davis added 984 yards in the air.

The Ravens (11-5) enter the playoffs with five wins in a row and the league’s top running attack at 191.9 yards per game. Their offense has found last year’s rhythm during the winning streak, racking up 37.2 points per game.

The Key – Time of possession! The Ravens will carve up the poor run defense of the Titans and keep Derrick Henry and co on the sidelines. Points should be no problem for the Ravens, given that Tennessee yielded 55 touchdowns, fourth most in the league.

The Saints will host the Chicago Bears in a wild-card playoff game on Sunday, potentially allowing star running back Alvin Kamara to return from a one-game absence after testing positive for COVID-19.

New Orleans, 12-4 are the second seed in the NFC, didn’t miss a beat without Kamara and fellow running backs Latavius Murray and Dwayne Washington, fullback Michael Burton as well as running backs coach Joel Thomas, who all missed the 33-7 victory against the Panthers while quarantined.Ty Montgomery, who is primarily a wide receiver, rushed for 105 yards on 18 carries. The Saints hope to get back another key offensive player in All-Pro wide receiver Michael Thomas, who is on injured reserve but eligible to be activated this week.

The Bears in the six games since Trubisky returned to the starting lineup, who has completed 70 percent of his passes for 1,495 yards with 10 touchdowns and five interceptions. Since Trubisky’s return, Chicago has averaged 30.2 points per game, even after the 35-15 loss to Green Bay last Sunday ended a four-game streak of scoring at least 30 points. The Bears (8-8) were averaging 78.2 rushing yards before Trubisky returned to the lineup and they are averaging 144.2 rushing yards since. Clearly this offense is clicking with Trubisky.

The Key – The Bears finished the season with a late-season surge, but those wins came against three awful teams: Houston, Minnesota and Jacksonville. When Chicago played a playoff-caliber team, the Packers, in Week 17 the Bears were beaten by 19.

Betting Trend – The Bears (+10, +400 ML) are the biggest underdogs of the weekend, despite having already faced the Saints (-500 ML) in Week 8, a three point loss in which Chicago covered and hit the over. In the most wagered-on Sunday playoff game, the Saints are the public pick to win outright, backed by 72% of the ML handle. The Saints are 2-0 ATS when favorites of nine or more points, while the Bears are 0-3 ATS when underdogs of six or more points. The public is almost split, with 55% of the spread handle backing the Saints. The public is on Over 47.5 with 72% of the O/U handle. The Bears have hit the over in four of their last five, and the Saints have hit the over in six of eight home games.

This playoff matchup is a true shame with the Browns having a covid outbreak on the eve of their most important game in decades.

Now that this spread has risen all the way to 6 following the Browns’ COVID news on Tuesday, including head coach and offensive play-caller Kevin Stefanski being ruled out for Sunday’s game, we’re going to jump before the number gets to a touchdown. The COVID loss of left guard Joel Bitonio might hurt even more as the Browns have no chance here without their running game dominating, and the three-time Pro Bowler is a big part of the league’s No. 3 rushing attack. The Browns of course have lost 17 straight games in Pittsburgh and have covered in only six. Most of the Steelers’ key players are well-rested after taking Week 17 off. 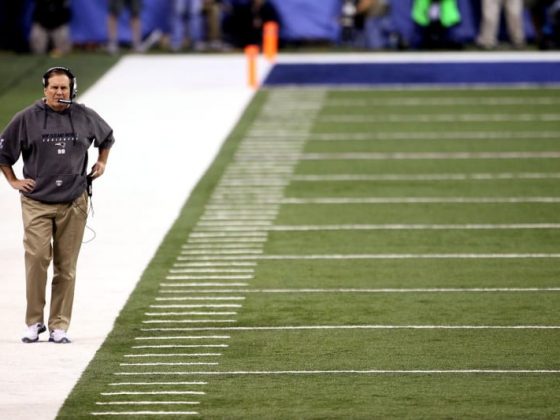 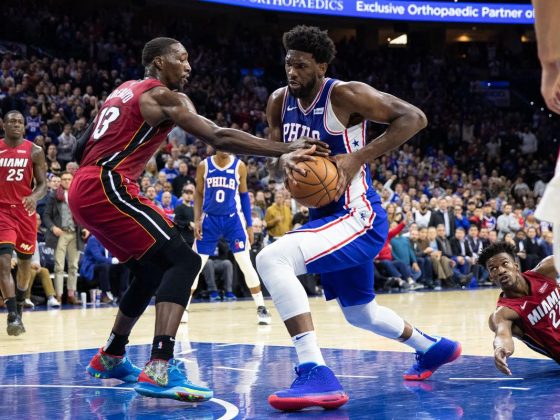