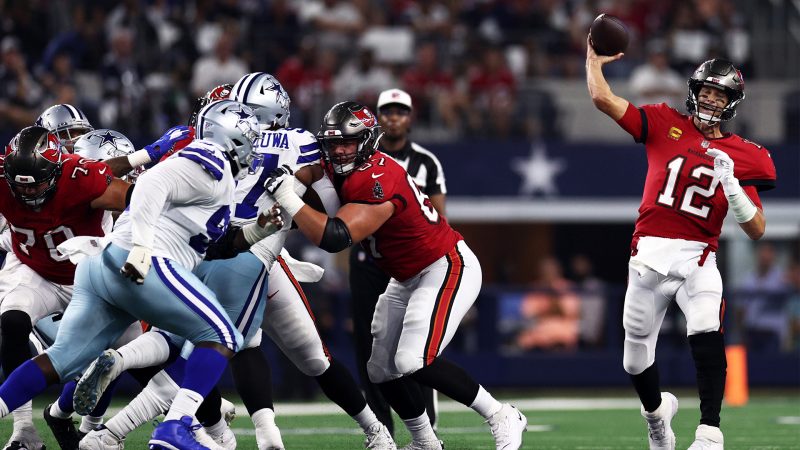 NFL Wild Card Weekend Best Bets from Top Rated Handicapper. Scorecast finished the regular season with a solid record of 57 from 75 for a very profitable year. Playoff Football is where the data becomes most important and after 10,000 Score simulations for every NFL wild card weekend matchup here are our best bets for week Wild Card weekend to keep you in the winners column.

I think the spread is about right here and it’s hard for me to find value money line or at the spread. So with rain and wind in the forecast I’m looking at the Prop Bet column for value. I expect the 49ers to go run-heavier than normal versus a bad Seattle rush defense missing leading tackler Jordyn Brooks. Christian McCaffrey ran 26 times for 108 yards in the most recent matchup at Seattle, and he should see at least 15 carries again and I’m not concerned that Elijah Mitchell is back. Since their bye, the Seahawks are giving up 5.1 yards per carry. Brooks was lost to a torn ACL in Week 17, while standout safety Ryan Neal has missed three straight with a knee injury. McCaffrey has averaged 183 yards from scrimmage in three career games versus Seattle.

This matchup is all about the two young Quarterback studs, thus I expect a high scoring game. Trevor Lawrence of the Jaguars and Justin Herbert of the Chargers participate in their debut postseason games with the winner moving on to a bigger stage in the divisional playoffs next weekend. Herbert, the sixth overall selection in 2020, passed for 4,739 yards, 25 touchdowns and 10 interceptions during his third straight solid campaign. He’s also looking to make some noise in the postseason. While Lawrence, the No. 1 overall pick in the ’21 draft, made big strides this season passing for 4,113 yards, 25 touchdowns and eight interceptions.

In Week 3, the Jaguars routed the host Chargers 38-10 with Lawrence passing for 262 yards and three touchdowns. Herbert threw for 297 yards, one touchdown and one pick. The Chargers were always chasing in that game which ultimately led to a misleading scoreline and im not reading too much into the statistics of the matchup. There is a big difference between September and January and I expect a high scoring shootout with the Chargers getting the edge with too much star power.

No Tua No Time. Skylar Thompson will officially start for the Fins under center as Tua Tagovailoa has been ruled out. I’m slightly disappointed I didn’t take Buffalo -9 when I had the chance before the Tua announcement. The total I expect to drop and it hasn’t yet so I’ll still take the under with Thompson as I don’t see Miami getting much more than 10 points. The Bills will call off the dogs to stay healthy for the divisional round late and control time of possession.

The Giants and Vikings will play a rematch of Week 16 where the game was even but Minnesota hit a 61-yard field goal to win late in the game. Much has been made of Minnesota’s 11-0 straight-up record in one-score games. It overshadows the fact that of the Giants’ nine victories, all but one were by a single score. Five of them ended with a margin of less than a touchdown. The Vikings will feel confident in a tight-finish scenario. The Giants closed the season poorly in a 2-5-1 slump outright. The public has exercised skepticism for the Vikings all season, perhaps for good reason. But they are better than the Giants, however slightly, and a loud crowd indoors could spell the difference and I expect the wide receiver corps in good conditions to be too much of a handful for New York.

I really can’t comment until it’s 100% Lamar Jackson is or isn’t playing. If he is, I really like this number but would anticipate it to drop. Early reports are that it looks like an uphill battle and I’m prepared to stay away from this matchup from a betting point of view.

The Cowboys fall into the playoffs with a blowout loss to the Commanders hung on their shoulders, and their defense hadn’t been playing well prior to that game either. The Bucs finally put together a good offensive day in the division-clinching win over the Panthers in Week 17, and with the lowest sack rate allowed in the league, they could neutralize the Dallas pass rush to some extent and let their receivers take advantage of the Dallas secondary. The Cowboys’ pass defense has played awful since losing starting cornerback Anthony Brown just over a month ago. Tampa Bay could have the matchup advantage anyway after dominating the Cowboys in Week 1 even prior to Dak Prescott’s injury. With home-field advantage and the Cowboys struggling, there isn’t a more qualified man than Tom Brady to take advantage. 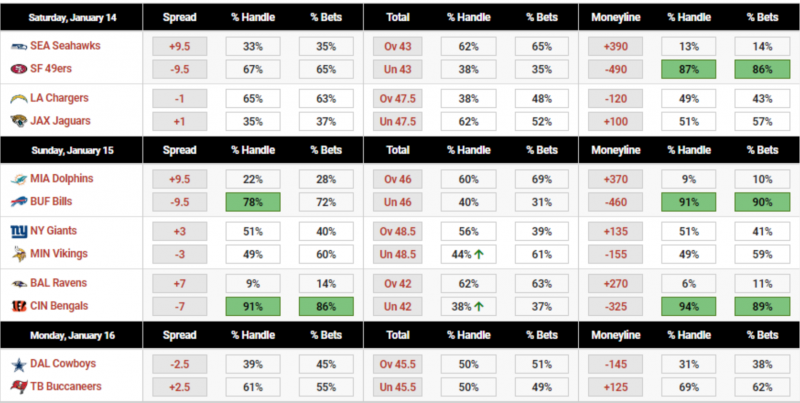 Bet the NFL in NEW YORK

Bet the NFL in LOUISIANA

Bet the NFL in KANSAS

Bet the NFL in TENNESSEE

Bet the NFL in CONNECTICUT 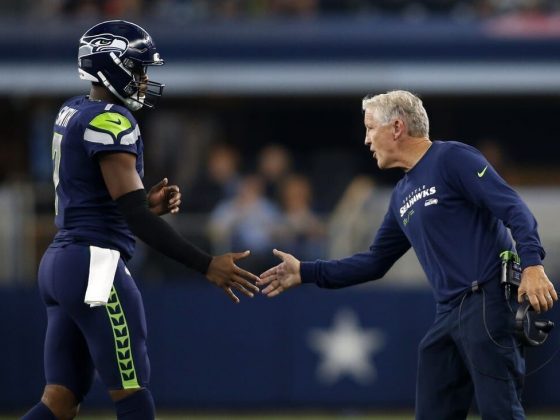 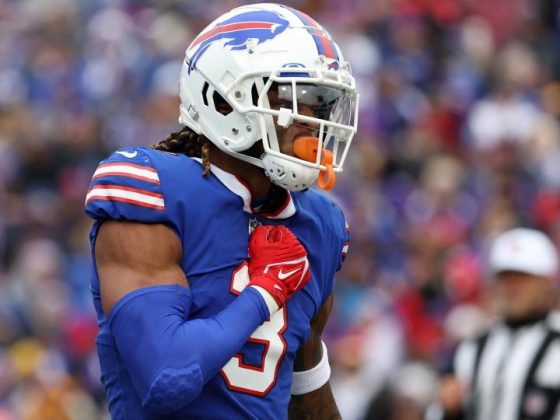