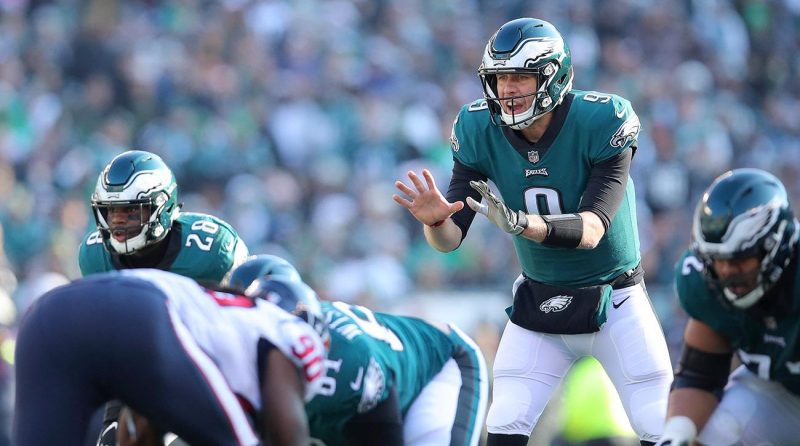 The NFL Playoffs have finally arrived on the road to the Super Bowl after a thrilling 2018 season. It was a wild ride to Wildcard weekend with many games coming down to week 17 results. Four outstanding NFL matchups await us this weekend with betting tight in all but one. Below find our NFL Schedule, Score Predictions and Best Bets for Wildcard weekend from our Top Rated Handicapper.

The Houston Texans may have saved their season with an overtime win at Indianapolis in Week 4, but the Colts may have done the same by beating their AFC South rivals 10 weeks later to keep their playoff chances alive. The stakes will be considerably higher Saturday when the teams square off for the third time this season in the AFC wild card round in Houston.

Top Rated Handicapper Best Bet – Colts money line +110 – The Colts are coming in hot winning their last 4 matchups, 3 against playoff teams. The key is in the ability to sack Quarterback Deshaun Watson.

The Dallas Cowboys found a new way of life with the introduction of wide receiver Amari Cooper who has had 35 receptions for 551 yards and six touchdowns in five home games with Dallas and now have a home playoff game against the Seattle Seahawks. This matchup promise’s to comedown to time of possession with both teams likely to run the ball a lot and control the tempo.

Top Rated Handicapper Best Bet – Dallas Money line -125 – The Cowboys at home and the wow routes of Amari Cooper in a close game.

The Los Angeles Chargers who under Quarterback Philip Rivers finished the season 12-4 and find themselves in a road wild card game in Baltimore who finished 10-6. On the plus side for the Chargers they faced this Lamar Jackson offense just two weeks ago and have had time to figure it out. The Ravens went 6-1 down the stretch after turning the offense over to rookie Lamar Jackson, who will become the youngest quarterback to start a playoff game

Top Rated Handicapper Best Bet – Chargers Money line +140 (Take the field goal at the spread if you can shop around and get it) The Ravens defense is brutal, but the Chargers are 7-1 on the road and back to full health for this matchup.

Nick Foles resurrected the Philadelphia Eagles season to cover their last three games and had the Bears help them out at Minnesota on Sunday to get the final wild-card berth. They are rewarded with a trip to Chicago to take on the NFL’s number 1 defense in what looks to be a cold miserable night in Chicago.

Top Rated Handicapper Best Bet – Eagles +7 -110 – The Over/Under is set at just 40 in the lowest of all matchups with the highest spread total +7. Take the points. 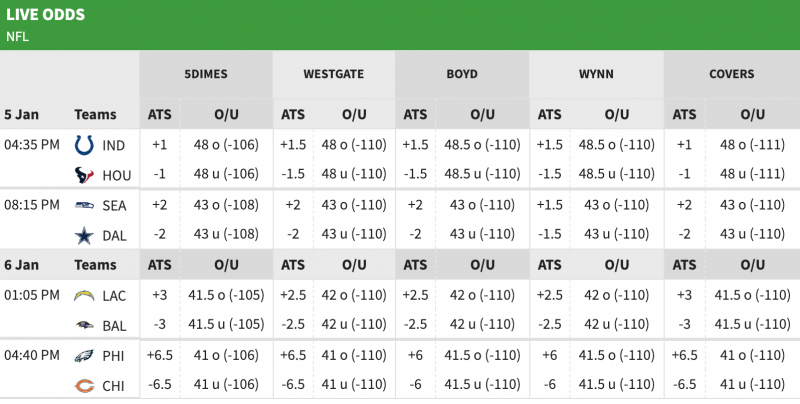 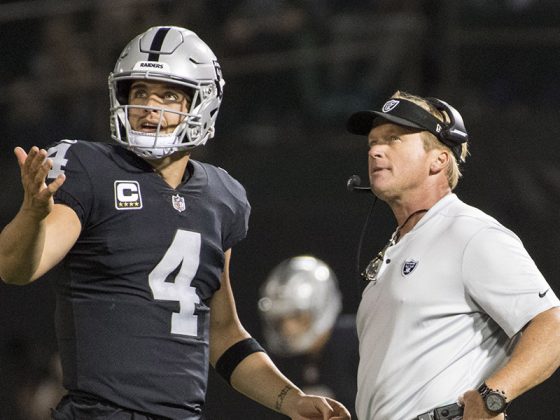 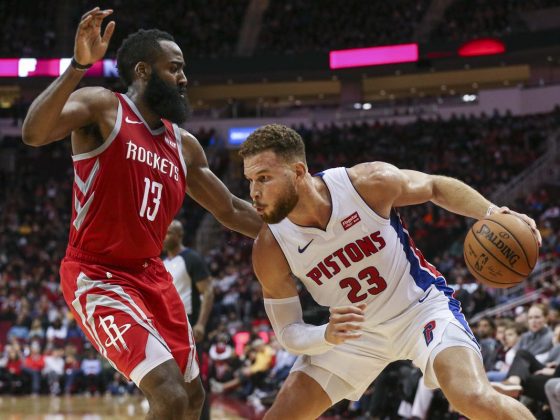