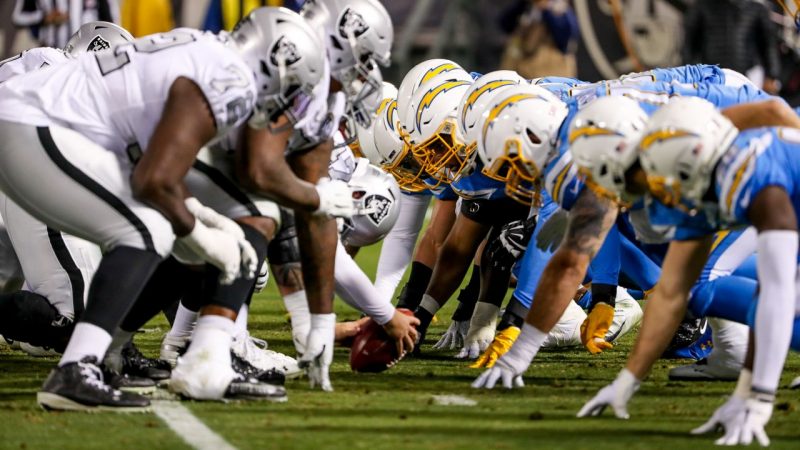 The first ever NFL week 18 hosts some highlights and some matchups that just don’t have a whole lot of meaning. The playoff picture is much clearer than it was a week ago, with a number of spots clinched in Week 17. However there are still many questions to be answered as the postseason bracket is filled up.

In the NFC, six teams have already clinched spots, including the Packers (the No. 1 seed) and division champion Buccaneers and Cowboys. The NFC West title remains up for grabs, as does the last wild-card spot, with two teams looking to not head into the offseason just yet.

Over in the AFC, the Titans, Chiefs and Bengals have clinched their divisions, while the Bills and Patriots look to grab the AFC East title. Four teams remain in play for the No. 1 seed, with five others vying for the remaining two wild-card spots.

Finally the NFL have saved the best for last, ending Sunday night with a win-and-you’re-in game between the Chargers and Raiders. Here’s our best bets from our Top Rated Handicapper, moving away from our traditional Scorecast highlighting the matchups that matter.

In a game that had equal meaning for both sides Dallas will be without star rookie Micah Parsons landing on the Covid list and the team perhaps keeping one eye on a likely Wild Card rematch with Arizona, they may opt to pull some punches here especially late and in the run game. It will not be an ideal build up for the Eagles with some conid issue of their own, however

I like the Eagles at their current price and will back them outright to take care of Dallas who are missing major pieces on defense.

Kyle Shanahan has had Sean McVay’s number in this series and demonstrated that again earlier this year in a blowout win. But I think that history is outweighed by the 49ers’ QB situation. They’ll either have Trey Lance, who looked overmatched for much of last week and even if San Francisco ultimately starts a less than 100% Jimmy Garoppolo, I expect a big day for the Rams defense. Matthew Stafford has to avoid awful picks, but the 49ers have just seven interceptions on the year and put their top two corners on the COVID list. The Rams get it done here and Cooper Kupp could well and truly put himself in the MVP conversation.

L.A. has averaged nearly 34 ppg the past five weeks, more than double the Raiders’ 16 ppg during that span. The Chargers’ boom can be traced to the ground attack, which has produced 134 ypg over the last month. They rang up a hefty 168 against Las Vegas in Week 4. Forget home-field edge, the Raiders have not been that great at home this season and through 17 weeks, home teams are just nine games above .500 straight-up. 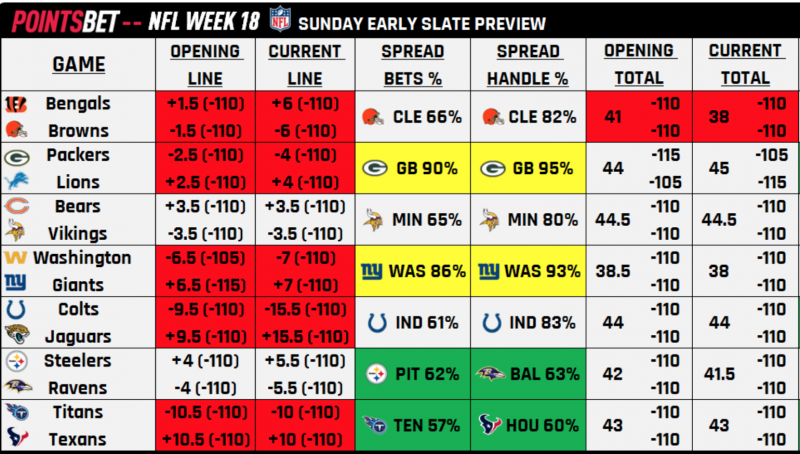 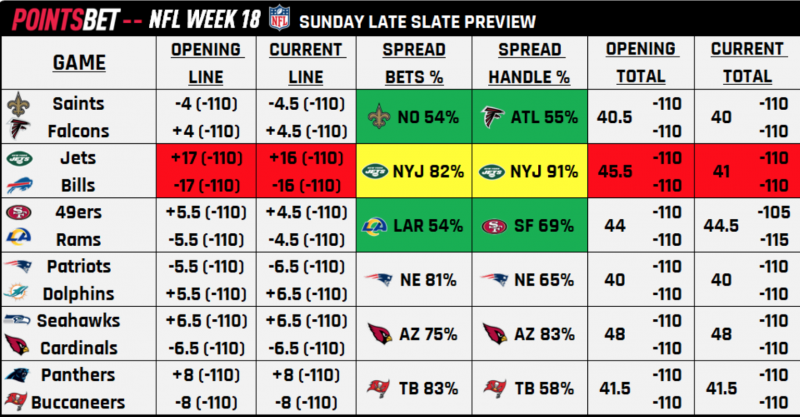 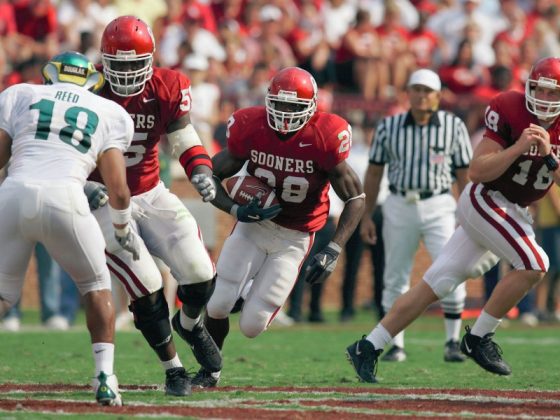 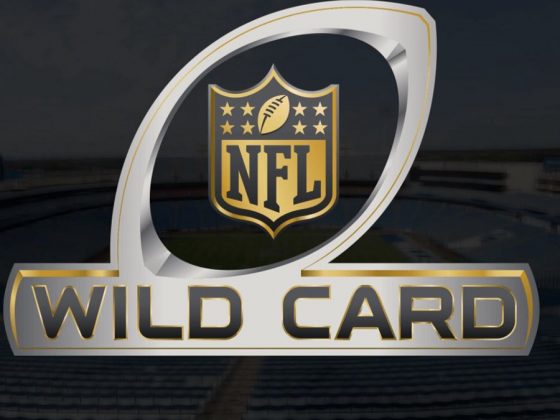