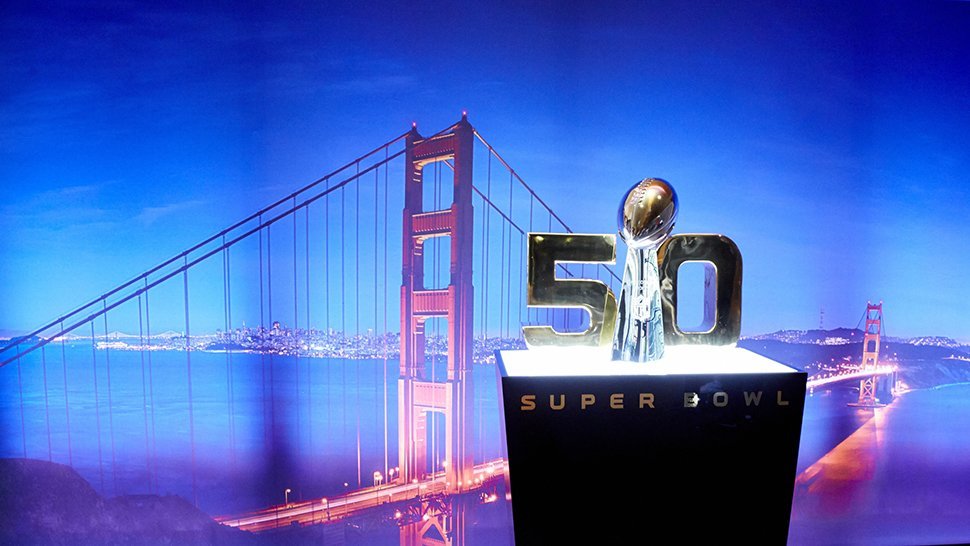 The Denver Broncos and Carolina Panthers reached Super Bowl 50 by way of two very different paths. To understand who will arrive at their destination, you have to understand the journey.

The Broncos general manager/living legend had just watched his team endure an ugly 24-13 playoff loss to the Indianapolis Colts. The previous season, the Broncos’ championship hopes were pulverized in a humiliating 43-8 loss to the Seattle Seahawks in the Super Bowl. The year before that, the Broncos suffered a fourth-quarter defensive lapse that allowed the Baltimore Ravens to force overtime and win a wild 38-35 divisional-round showdown in Denver.

Their 38-10 regular-season record over those three seasons was little consolation. Elway’s Broncos kept getting stopped short of their goal, and that goal was starting to get further away. So Elway swapped out head coach John Fox in favor of Gary Kubiak.

“This is why we made the decision,” Elway said Monday of the team’s mutual parting of ways with Fox after last season. “We had a good regular season but struggled in the first round. So the goal—what our owner [Pat Bowlen] wants—is to win a championship. That’s why the decision was made last year to go in a different direction.”

It was the latest bold decision in four years of bold decisions. The Broncos took a risk on damaged-goods superstar Peyton Manning in 2012. It’s easy to forget how daring that move was. We spent the 2012 offseason tracking Manning’s flights from suitor to suitor, then spent the preseason watching every practice rep for signs of lost passing velocity.

After the Super Bowl XLVIII debacle, Elway invested heavily in his defense so it could ease the burden on the offense. The Broncos acquired DeMarcus Ware, Aqib Talib, T.J. Ward and others. These were expensive short-term investments, particularly Ware. Elway doubled down on the Manning window of opportunity in 2014, only to see Manning falter down the stretch.

Hiring Kubiak looked like a hedge against Manning’s age; Elway even negotiated a few million dollars in cap relief from Manning himself. But it was really a triple down. Kubiak brought a system that would have shackled the young Manning but provided increased pass protection for the old Manning. His system was also friendly to Brock Osweiler when the fourth-year pro had to take the reins; Kubiak’s scheme has always been friendly to young guys with cannon arms.

Most importantly, Kubiak came with defensive wingman Wade Phillips in tow to supercharge the defense.

Elway kept piling chips on the table for 2015 through August, when he signed veteran guard Evan Mathis for $2.5 million plus bonuses to spacklethe offensive line.

He was like a homeowner in the last stages of a major renovation: Money doesn’t matter anymore; just finish the damn job. It has been a remarkable four-year feat of short-term planning. Quick fixes rarely work in the NFL, but Elway kept using them to get lasting results.

After Super Bowl 50, Elway will likely find himself low on cap space, out of Manning encores and out of bold moves. The Broncos are in need of one last finishing kick. Elway must hope they did not use it to get past the Pittsburgh Steelers and New England Patriots in the playoffs.

Dave Gettleman did nothing this offseason.

But Gettleman stood mostly pat after his Panthers fell from 12-4 in 2013 to 7-8-1—though with a weird playoff coda—in 2014. Even when star wide receiver Kelvin Benjamin tore an ACL in training camp, leaving the Panthers receiving corps frighteningly thin, Gettleman stayed the course instead of calling Wes Welker or Terrell Owens or somebody.

Staying the course had been Gettleman‘s core philosophy since he arrived from the New York Giants in 2013 and inherited a head coach with a pair of losing seasons under his belt, a quarterback with a reputation (then earned) for immaturity and a salary-cap boondoggle.

Most general managers would start their tenures by making wholesale changes. Gettleman took a different approach.

“I just made up my mind that I was going to give everybody a chance,” he said Monday.

It was a slow-building philosophy he said he learned as a scout for Marv Levy’s great Buffalo Bills teams of the early 1990s, an approach that carried over to his tenure in the front office of the Super Bowl-winning Giants teams of 2007 and 2011.

“Just think about it,” Gettleman said. “If you’ve got somebody working for you, and you fire him and bring the next guy in, how long is it gonna take you to train the next guy? It takes time. It doesn’t happen overnight. In the time it takes to get the next guy ready, you lost three or six months.”

Maybe young players like Newton, Kuechly and Norman would have developed under a different coaching staff. Gettleman didn’t want to find out.

“More often than not, 99.9 percent of the time, the guy’s going to come in with his offense and his defense,” Gettleman said. “Now, can you fit? How much turnover are you going to have?”

Gettleman isn’t conservative to a fault—the way Ted Thompson of the Green Bay Packers has become. The Panthers traded for pass-rusher Jared Allen to upgrade their defensive line after this season’s strong start. They pulled veteran cornerback Cortland Finnegan off the waiver wire when Tillman and others were hurt in the secondary.

But like Thompson and the Bills and Giants executives he learned from, Gettleman takes a developmental approach to turning late-round picks into role players or, in the case of Norman, superstars. Gettleman admitted Wednesday to fearing that the Panthers took a step backward this year when Benjamin got hurt, saying he thought he entered training camp with an 11- or 12-win team but, “You’d have to be an idiot to think that” after such a major loss. Still, Gettleman opted to let Ginn and Devin Funchess grow into adjusted roles, a decision every bit as risky as Elway’s pricey acquisitions—but in the opposite way.

It’s a slow-cooking approach to roster management. On Sunday, as Newton might say, the collard greens are finally ready.

Elway’s Broncos and Gettleman‘s Panthers provide a fascinating contrast in styles: urgency versus patience, Last Chance Saloon versus the Birth of a Dynasty.

Ironically, the team with the 39-year-old codger at quarterback is the hare, while the hyper-athletic, demonstrative Newton helms the tortoise.

It’s easy to paint Super Bowl 50 as Manning’s last gasp against Newton’s first Super Bowl appearance of many to come. But as has been pointed out several times this week, Dan Marino never reached the Super Bowl again after his second season, and we have been counting Manning out since 2011.

Still, one look at the game tape, or the stat sheet, or just the trajectories of these franchises, leads to an inevitable conclusion: The Panthers are going to win Super Bowl 50.

That may be why the shadow of Super Bowl XLVIII looms over the Broncos—and over our perception of this game.

“What we hope for is a really good game like we got in [Super Bowl] XLIX,” Boomer Esiason said early in the week. “I don’t want what we saw in XLVIII, because if that happens, everybody loses interest, no matter how well Cam plays. I hope Peyton can keep it close.”

But Boomer, what about Manning’s experience, the lessons the Broncos learned two years ago and the urgency that comes with the specter of retirement?

“If Peyton were 27, I’d say yeah,” Esiason said. “But he’s going to be 40 [in March]. He’s playing against an awesome defense—39 turnovers in the regular season, plus-20 turnover differential—he’s got a lot of heavy lifting. And this is not the Peyton Manning offense. This is the Gary Kubiak offense that we saw in Houston. This is the Gary Kubiak offense that John Elway won a couple of Super Bowls with, but they don’t have those same types of players. They don’t have that offensive line. They don’t have those types of running backs. You have a 39-year-old living-legacy quarterback going against a top-notch defense.”

That’s a pessimistic evaluation from an individual who knows his way around a Super Bowl and is in the business of being as balanced as possible. But it represents a majority opinion of just about everyone I have spoken to in the bleachers during Senior Bowl practices and in the aisles of Super Bowl radio row. It’s the obvious conclusion no matter how much you dig and sift through the statistical matchups; the Broncos have some advantages (cornerbacks against receivers, special teams consistency), but the Panthers have all the big ones, like being the team capable of scoring more touchdowns and forcing more turnovers.

The Panthers are still improving. That’s why they were so easy to misjudge all season. That’s why Newton is still fighting his way through perceptions. They have so many key players—Newton, Kuechly, Norman, Kawann Short—who are still in the process of peaking. The Broncos are led by many players who are at or past their peak (with notable exceptions like Chris Harris Jr.).

No wonder this game feels like Super Bowl XLVIII: The Broncos are older and wiser than they were two years ago, but they are past the point where trading age for wisdom is a good thing. And they are facing a team so good that it doesn’t know its own strength.

The Broncos must stack every possible advantage up to win this game. They need a strong performance from C.J. Anderson and a running game that has waxed and waned all season. They need the defense to play lights out (no problem) and penalty-free (more of a problem). They need Brandon McManus to turn short drives into long field goals. And, of course, they need Manning to throw each pass as if it’s his last.

All the Panthers need to do to win this game is show up and be the Panthers. If that happens, this is a mismatch.

It’s amazing that Elway, Manning and the Broncos remained this good for this long. For the second time in three years, however, they are about to give way to a rising powerhouse built from a newfangled offense around a millennial quarterback, but also built from some old-fashioned ideas of how to win a championship. 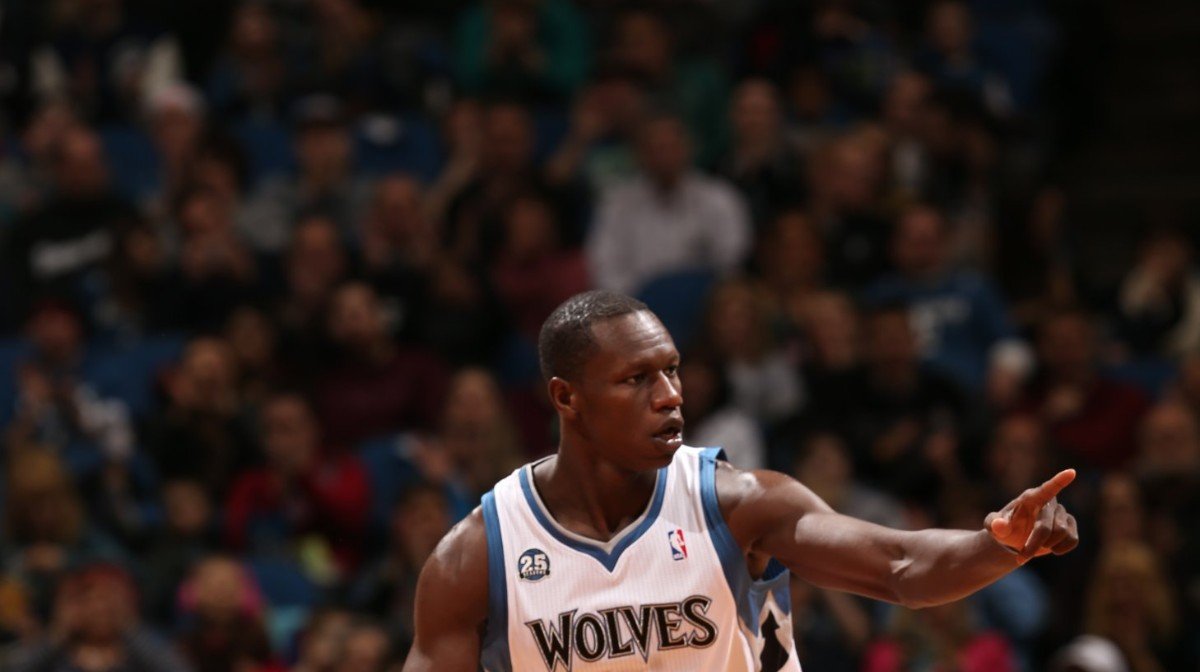