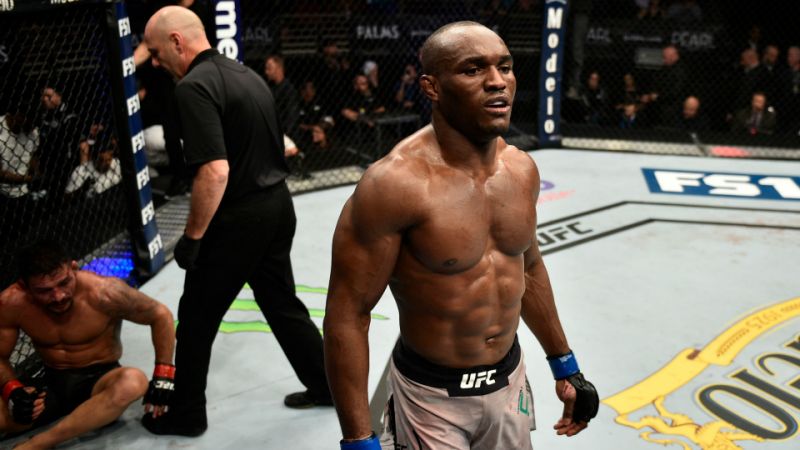 Jorge “the BMF” Masvidal with one weeks notice comes into his first title fight appearance. With a full training camp, I believe Masvidal would be a tougher opponent than previous challenger Gilbert Burns. I think with the short notice and not knowing what kind of shape Masvidal is in, he probably needs a knockout. If Masvidal can stay on his feet, I see a close fight due to his  striking; but I see Usman being able to pull away late and still getting his hand raised. The wrestling advantage of Usman gives him an opportunity on the ground, although he probably wouldn’t have needed to use it against Burns. The champ should use his wrestling advantage early to tire Masvidal and stand up once his speed and power fade away. Masvidal has a chance for the knockout upset but I don’t see him winning more than two rounds.

In the rematch of last December’s fight, Volkanovski took Holloway’s featherweight title. Volkanovski used his advantageous leg kicks to clearly win the fight. Volkanovski’s cardio separated him from Holloway’s previous challengers which could not hang in there five rounds.I see the second fight between the two being very similar to the first, and Volkanovski going the distance. His superior knockdown and takedowns make him the more powerful guy, and if Holloway can’t figure out a way to stop the leg kicks here, then it will be tough for him to win. Holloway needs to use his movement and throw calf kicks to minimize Volkanovski’s leg kicks. If he can do that and land enough volume on the feet, then he can win at least three rounds and record the upset. I think the line is about right here though, and I will take Volkanovski to win three or four rounds here.

This is a fight for the bantamweight belt that Henry Cejudo vacated when he retired in May. I have been very high on Yan and called him a future champion. I didn’t think it would come via a win over Aldo, but here we are. I don’t think this is a runaway at all, but I do like Yan in this fight.I think the longer the fight goes on the more Yan will get strikes in. But Aldo also can be successful, his signature leg kicks are an advantage he should use in this fight. He could get a knockout of his own, but I wouldn’t be shocked to see him win three rounds on the judges’ scorecards in order to get his hand raised. I just have to lean with Yan as I think he lands a lot of hard shots and ends up putting Aldo away in the latter half of the fight.

This is a rematch from a year ago, when Andrade knocked out Namajunas with a slam to take the women’s straw-weight title. This time, they’ll go only three rounds, and we have Namajunas as almost a 2-1 favorite. She did look like the much better fighter in that first fight before being slammed, and I think she’ll look better this time as well. Andrade does have real power though, using the previous match strategy of strength and slams gives her an opportunity which I only see as a possible knockout upset. I see Namajunas being the smoother striker, landing more shots and using her movement to avoid the power of Andrade. I thought we would get a better line on Namajunas here since she lost the first fight, but that isn’t the case, watch the ML closer to the fight for some hopeful movement. But she is the pick, and she could get a finish of her own.

I think this is a terrible matchup for VanZant, and I feel Ribas probably wins this fight nine out of 10 times like the odds indicate. Ribas is better everywhere here and I believe the only way she would lose is to submission from bottom, a guillotine or a rear naked choke if VanZant can get her back. I just think Ribas smokes her on the feet, although she can mop her on the floor as well. Ribas should control every minute of this fight and either get a finish or a clear 30-27 at worst. I don’t see how VanZant even wins a round here, and I would expect at least one 10-8 round if this goes the distance.

Prochazka is a bit of a wild man who goes out there with a “kill or be killed” attitude. He only has recorded one win via decision in 30 professional fights, and he has 23 first-round finishes. I think he is very live for that early finish in this fight as well, but I have to lean with Oezdemir being the better fighter and I would say the odds are probably right here. If Oezdemir can weather the early storm, I believe his superior striking can carry him later in the rounds. He could record an early finish himself, but the longer this fight goes, the more it will favor him, and Prochazka is too hittable for me to think he will be able to last all three rounds without taking a big shot.

Salikhov is the more dangerous and powerful striker here with the better shot of getting a finish. However, his volume in previous fights is a concern, so it is hard to trust him in a decision because I feel pretty good about Dos Santos being the more active striker and more dangerous on the ground as well. This is a tough one for me to call, and I have no real lean either way. I would say this is a 50/50 fight, so I would really be against laying juice on either of them, and it would be underdog or pass for me on the betting line. I will lean with Dos Santos as my pick for that reason, but If you like Salikhov here, taking the TKO line gets you a bit more value.

This is mainly grappler versus grappler, but Henry must utilize his striking because I think Amirkhani has the edge on the ground. Henry is the better striker of the two though, and he will be the one throwing more volume. The line could be a bit wide here because of that, but I am still going to pick Amirkhani to win this fight on the ground. I believe he can get a submission or win the first two rounds on the scorecards with his wrestling, but I would not want to lay over 2-1 on him.

Bogatov looks like he’s purely a wrestler. He does look strong with good top control, but aside from that, he doesn’t have a lot to offer. Santos is 40 years old now and rarely fights, but he was really good in his prime. He is great at BJJ and has looked good on the feet in a few UFC fights as well. Bogatov is going to need to win two rounds here by holding Santos either against the fence or on the ground in order to get his hand raised here, and I think this is a bad matchup for him in which to do that. I do believe he could beat some UFC fighters, but Santos is too dangerous for him. I think he either submits Bogatov or knocks him out at some point in this fight.

Grishin will be making his UFC debut on less than two weeks’ notice in this heavyweight fight. He is more of a 205-pounder, so he will be giving up size here, and is 36 years old as well. I still favor him in the power aspect, though, and I think he can knock out Tybura. I also feel he is the better overall striker and can win a decision if this fight stays standing. Tybura has the better wrestling skills, and if he uses them, he should win this fight a bit more than he loses it, like the odds indicate. I would not lay juice on Tybura here, though, just because I don’t trust him as a fighter and don’t trust his chin. So for that reason, I am going to take the underdog to record an early KO.

Paiva is only 1-2 in the UFC, but I have been very impressed with him. He is a well-rounded fighter, and I think he beats a lot of guys on the UFC roster. Zhumagulov is making his UFC debut here. He has some good wins under his belt and looks pretty decent, mainly in the striking department. This should be a fun fight, but Paiva has more ways to win and the higher ceiling in the UFC, so I am going to lean with him to earn a decision here.

I like Rosa here, as I think she is better everywhere. She should be the much more active striker here. Rosa is a black belt in BJJ and trains with Andrade. I think this fight mainly stays on the feet, and I don’t believe Melo can put up the same output as Rosa. She isn’t very dangerous, so I don’t see her getting a finish either. I think Rosa is more likely to win by TKO and on the scorecards, so she is the pick.

This is going to be a striker versus grappler match. Day should win on the feet while Grant should win on the ground, but I think Day is more likely to finish Grant on the feet than Grant is to get a submission. I don’t really believe Grant has the wrestling skills needed to dominate this fight either, and I think Day can get back to his feet if he is taken down, so Grant might need to win two rounds with his wrestling/grappling here to get it done. I feel Day can record enough takedowns and make the striking exchanges clear, so I will lean with him as my pick here.

Online Sports Betting in America – ​BET HERE NOW TO RECEIVE A MATCHED BET UP TO $500​​ LIVE ODDS HERE​– ​BET NOW HERE​– ​FREE BETS HERE Sportsbet Magazine is the most trusted Sports Betting Magazine in the industry. We work closely alongside the best sports handicappers to compile our best sports betting picks and Boxing predictions to source the best possible advantage for ​online sports betting in America.​ 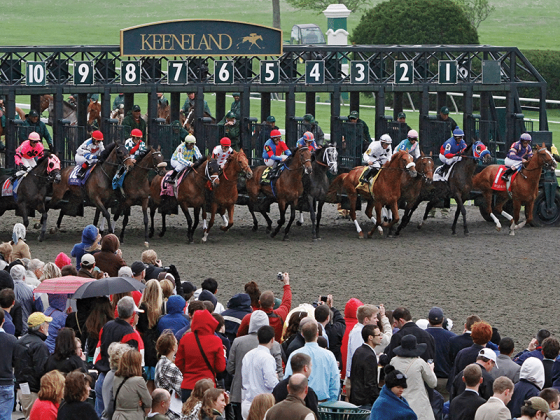 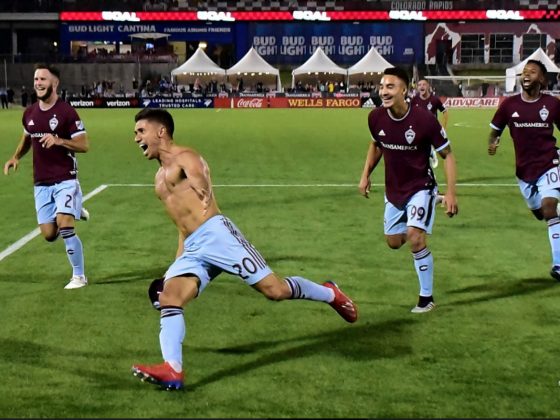